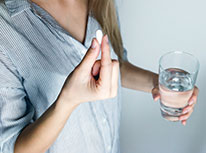 AURORA, Colo. – Physicians in the United States may prescribe opioids more frequently to patients during hospitalization and at discharge when compared to their physician peers in other countries, according to a recently published study led by researchers from the University of Colorado School of Medicine.

“Compared with patients hospitalized in other countries, a greater percentage of those hospitalized in the US were prescribed opioid analgesics both during hospitalization and at the time of discharge, even after adjustment for pain severity as well as several other factors like how ill the patients were,” wrote the authors of the article that was published online today in the Journal of Hospital Medicine.

The first author of the article is Marisha Burden, MD, associate professor of medicine at the CU School of Medicine and head of the Division of Hospital Medicine.

The study is important because the epidemic misuse of opioid medications has led to addiction and premature death in many communities across the country.

For the newly published study, the researchers approached 1,309 eligible patients and 981 of them consented to the study. Five hundred three were in the United States and 478 were from other countries. Seventy-nine percent of the patients in U.S. hospitals who experienced pain were prescribed opioids during hospitalization, compared with 51 percent of patients at the sites in other countries.

“While we observed that physicians in the US more frequently prescribed opioid analgesics during hospitalizations than physicians working in other countries, we also observed that patients in the US reported higher levels of pain during their hospitalization,” Burden and her co-authors wrote. “Our study also suggests that reducing the opioid epidemic in the US may require addressing patients’ expectations regarding pain control in addition to providers’ inpatient analgesic prescribing patterns.”