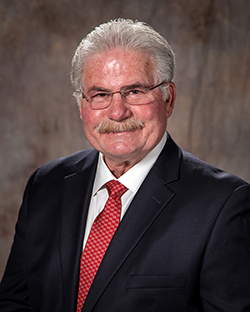 As a boy, Dr. Mark Sheehan injured himself in an accident that required stitches and was immediately impressed with the ability of the physician’s care. From there, his mind was made up: he would pursue the study of medicine. Though children often drift from childhood ambitions, Dr. Sheehan remained constant as his schooling progressed. As a person of deep faith, the drive to serve others was a value his family emphasized and made the career an obvious fit.

He attended Ohio University and then Baylor College of Medicine for his medical degree, graduating in 1974, and staying there for his residency. He focused on surgery and found his specific calling in cardiac surgery. Following completion of his program at Baylor, Dr. Sheehan served as a cardiologist for the Air Force at the Wright Patterson Base until 1979.

It was after this period of his life that Dr. Sheehan moved his young family to Denver. There, he completed his training in cardiology at the University of Colorado. In 1981, Dr. Sheehan began practicing and he found great success in the south Denver cardiology community. However, by the mid-90s, Dr. Sheehan had a sense something was missing. After self-reflection, Dr. Sheehan recognized his need to serve others. But his path was not obvious, and it took time to find the right cause. In 2000, on a trip to Cambodia, Dr. Sheehan and his close colleague Dr. Dan Smith visited Cambodia and found it.

The Khmer Rouge had governed from 1975-1979. The violence that resulted meant there was a high demand for physicians but a low supply. Dr. Smith and Sheehan were struck by the poor conditions they observed. They both felt called to this specific mission, and after careful thought and prayer, the two physicians jumped into action. They founded the Christian Medical Ministry to Cambodia in 2004. Their goals were to provide specialized medical care to the poor, to train healthcare practitioners in Cambodia and to bring the most complex medical cases to the United States for treatment. This mission continues to this day and Dr. Sheehan is fundraising to build a larger clinic for the group, expecting it to be built in 2022.