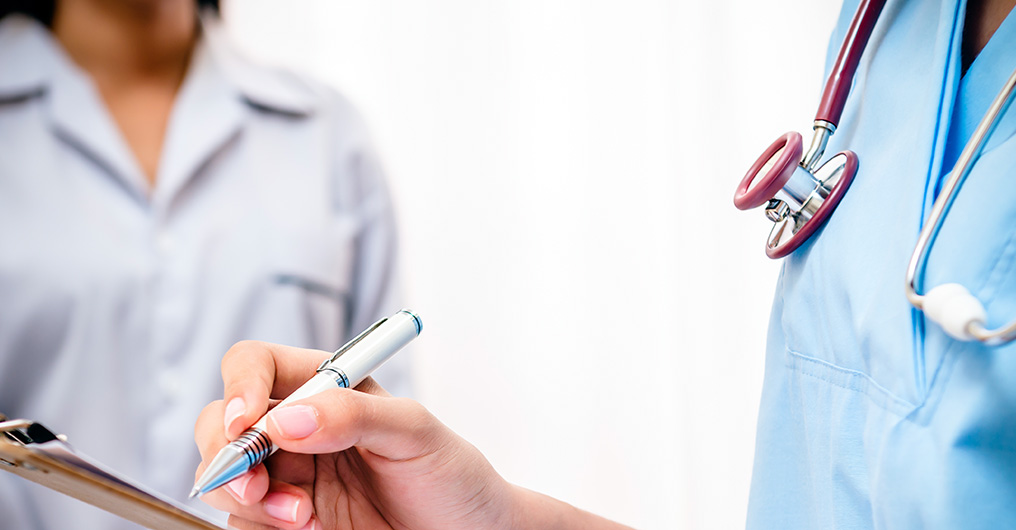 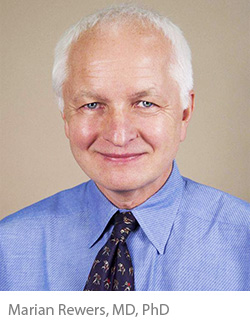 AURORA, Colo.  – Health screenings can catch conditions early, helping patients avoid a condition’s worst consequences or even preventing it from developing altogether. Think of mammograms to catch breast cancer early or high blood pressure screening before a person has a stroke. Screening helps pre-symptomatic patients take actions to reduce their risk of a catastrophic outcome.

Recently, researchers have begun exploring the feasibility of general population screening to identify children and youth at risk for developing type 1 diabetes, where the autoimmune destruction of insulin producing cells can be detected years before onset of extreme hyperglycemia and a life-long dependency on insulin injections.

Led by Marian Rewers, MD, PhD, at the Barbara Davis Center for Diabetes at the University of Colorado School of Medicine, the Autoimmunity Screening for Kids (ASK) study has screened 25,000 children between 1-17 years old in the Denver metro area. Results are promising and show that screening can greatly reduce the incidence of diabetic ketoacidosis (DKA), a life-threatening complication of diabetes that is present in more than half of newly diagnosed children in Colorado.

The challenge has been that it takes thousands of screening tests to prevent just one DKA. For many insurance companies, it can seem as if the cost outweighs the benefit. However, researchers reported last week in Diabetes Care that the screening benefits go far beyond simply preventing DKA events, suggesting that screening may be more cost-effective than previously thought.

“When people think of value in health screening, they think it’s straightforward – you catch these people early and avoid the health and economic impacts of letting the condition progress. With pre-symptomatic type 1 diabetes screening, avoiding DKA events is important not only now but potentially well into the future, even beyond preventing one life-threatening event. Knowing you are at risk for type 1 diabetes can potentially change the whole course of your life,” says the study’s lead author, Brett McQueen, PhD, assistant professor in the CU Skaggs School of Pharmacy and Pharmaceutical Sciences and its Center for Pharmaceutical Outcomes Research. 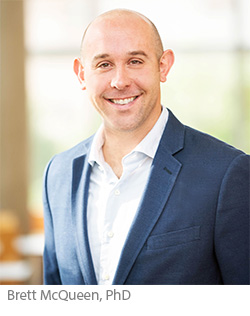 Generally, the study shows that if screening leads to 20 percent reduction in DKA events along with a significantly better diabetes control after diagnosis the cost of screening would be more than offset by cost savings due to fewer diabetes complications. In addition to the long-term benefits of avoiding DKA, the study also highlights the ability of screening to improve overall quality of life through better disease control.

“Even modest improvements in glycemic control over time can make a big difference in long term health,” McQueen says.

And according to McQueen, the awareness created by screening can initiate behaviors that improve this glycemic control.

“There are tradeoffs in health as in life: Should I spend extra time, money, and effort to be healthy? Maybe if I know I’m at risk for type 1 diabetes, I do a little more than I might otherwise,” says McQueen.

“Our work isn’t about saying it’s ‘worth it’ or ‘not worth it,’ but about displaying to providers how to make screening more cost effective – showing what do we need to do as clinicians and providers to make this high value,” McQueen says. “If you can show these benefits and use screening in the right areas with the right populations, our study shows it can be high value in the long run.”

Now with a better picture of factors that influence the value of type 1 diabetes screening, the team’s future work will include defining screening practices that could increase this value, including setting an age schedule for optimal screening and perhaps genetic pre-screening to test primarily in the most at-risk populations.

“If you’re not on top of your diabetes, both the quality and quantity of your life is going to suffer,” McQueen says. “The earlier you know you’re at risk, the more you can do to live longer and better.”

The study was published in the journal Diabetes Care and funded by the Juvenile Diabetes Research Foundation (JDRF), Helmsley Charitable Trusts, and Janssen Pharmaceuticals, Inc.