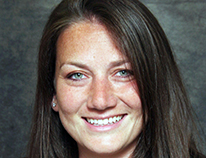 Christina Yannetsos, MD, assistant professor of emergency medicine for the University of Colorado School of Medicine, has been named a physician for Team USA for the United States Olympic and Paralympic Committee for the 2020 Olympiad in Tokyo.

For Yannetsos, the appointment combines her longtime participation in judo with her medical training. The 2020 Summer Olympics are scheduled from July 24, 2020, to Aug. 9, 2020.

“I’m totally honored,” Yannetsos said. “I was a USA Judo national athlete and competed at the international level.” 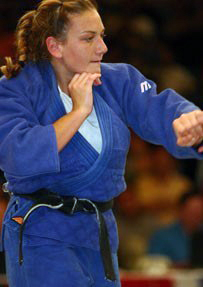 Yannetsos was more than a competitor. She was an accomplished champion who earned medals at multiple world, Pan American, and national competitions. She was a member of the USA Judo National team from 1998 through 2005, qualifying for the 2004 Olympics, but an injury – a separated shoulder – prevented her from competing.

“Judo is the No. 2 practiced sport in the world, next to soccer,” said Yannetsos, who grew up in Miami. “I wasn’t very good at first, but I’m one of those kids who if you challenge me, I’m going to keep coming back.”

Persistence helps with medical studies too. In the mid-2000s, she attended the University of Colorado Colorado Springs on the B.J. Stupak Scholarship, which encourages athletes to pursue academic endeavors while training at the Olympic Training Center. After earning a bachelor’s degree in biology in 2006, Yannetsos worked at hospitals in southern Colorado as a mental health tech and physician assistant liaison. 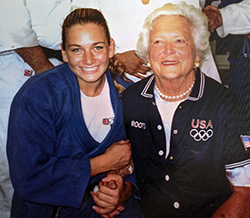 Yannetsos enrolled at the Medical College of Wisconsin in 2008 and after graduation continued there as an emergency medicine resident. Her scholarly project focused on a U.S. Judo coaches’ evaluation of concussion. The work helped lead to the adoption by USA Judo of the Centers for Disease Control and Prevention’s HEADS UP sports training.

Yannetsos joined the CU School of Medicine faculty in April 2019 and she serves as medical director of the School’s Forensic Nursing Program. While practicing medicine, Yannetsos has continued to volunteer as a Judo Coach, and she has served as a volunteer physician for the USOC, Head team physician for USA Judo, and has been named USA Wrestling physician for various international events.

Yannetsos said that her experience in competition helps her with current athletes.

“I can relate to them,” Yannetsos said. “I know what it’s like to be on the mat and what it takes to compete through an injury, or not.”