The goal of The Arc is to assure that family doctors have the skills and attitudes to meet patients’ and communities’ needs for a new kind of personal physician. We believe that the personal physician who displays continuity, responsibility, compassion, and clinical competence must be trained in the context of the communities and social systems in which patients and families live. Imbalances in hospital-based residency education must be corrected to produce family doctors who are expert generalists, prepared to help people and communities flourish. Context, partnership, real team care, and effective advocacy for change are key.

We shall overcome because the arc of the moral universe is long but it bends toward justice.

The name, “The Arc,” reflects our commitment to working for change. We believe that the health and well-being of individuals, families, and communities requires nothing less than transformation of how and where family medicine residents are educated.  Dr. King reminds us to remain steadfast when the process of change is long.

The Arc logo represents the many threads working together in our vision of community-based residency education. To produce personal physicians who are expert generalists, residency education must be a cooperative effort between patients, other community members, local institutions, a variety of health professionals, policy makers, professional organizations, family medicine residents, and educators.

The Arc was formed in 2020, when 8 colleagues began meeting weekly to discuss the effects of the pandemic on communities, connection, and personal healthcare.

The participants have devoted their careers to whole person family medicine and the intersection between medical education and practice.

They share a passion for human kindness and a broad worldview incorporating art, music, literature, and more. As members of The Arc, they are not representing any other organizations. 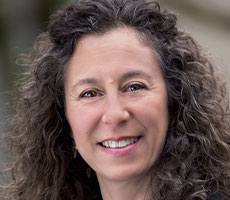 I was born in Paterson, New Jersey. Although I now live in Portland Oregon, New Jersey is the state (and state of mind) where I have spent the most time living -- you can take a person out of NJ, but you cannot take NJ out of a person.

I have a PhD in Communication and am a Professor and Research Vice Chair in the Department of Family Medicine at Oregon Health & Science University, where I am a collaborative leader in qualitative and mixed methods primary care research.  I developed a love for primary care practices after visiting many of them, particularly those that are woven into the fabric of the communities they serve. I am to blame for starting The ARC in April of 2020 when I felt the world around me shift and I worried for the well-being of our nation and the communities that comprise it. I reached out to this amazing group of people thinking that - perhaps - we could do something to better understand and possibly heal the great divides and inequities endemic in our nation. This experiment that we call The ARC brings joy to my professional life because the people in this group have a depth and breadth of experience and an emotional and scientific intelligence that enriches my thinking.

My most recent personal escapades: working on supporting the launch of two amazing young women, sourdough bread making, ceramics, and a re-entry into tennis after a 30-year hiatus. 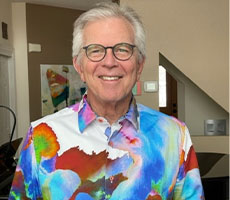 I was born down a dirt road in the Deep South. Pecan orchards, mounds of oyster shells, and Spanish moss still haunt my dreams, but my head is in the cool blue altitudes of Colorado. I live in a state of semi-retirement after spending most of my professional life as a department chair—with stops along the way as a mental health services researcher, medical director, director of programs in community health, behavioral health, medical student education, residency education, fellowships, and research.

The Arc has been a glorious opportunity to think through the most important problems facing us in Family Medicine today with a group of brilliant, thoughtful, forward-thinking people. Principal among those most important problems are how to better prepare the primary care workforce—especially how to relocate residency education practices from hospitals and academic health centers to communities.

I have a tendency to jump down rabbit holes such as Chinese science fiction and North African desert music that inevitably connect to and illuminate our thorniest professional problems. As an unregenerate introvert, I actually enjoy working from home. I was born in Kansas City Missouri into a German Catholic family whose ancestors migrated down the Mississippi, distributing themselves as farm families in Iowa, Kansas, and Missouri. We eventually settled in Milwaukee, Wisconsin. I am the first college graduate and medical doctor on either side of my family since they arrived in the 1870's. I was a liberal arts premed, taking enough science to meet minimum medical school requirements and later in life used my interest in writing as a medical journal editor. In 1979, because I was inspired by something he wrote, I took a personal sabbatical to work with Julian Tudor Hart and his remarkable family in a mining village in South Wales. I learned that “health policy” happens in board rooms, while health happens every day on the ground in communities.

I have always felt as if I were a relative of Brer Rabbit, who grew up in the briar patch and used guile to get back there. I connected with communities and that feeling of energy, creativity, neighborhood, and connection has never left, regardless of where I lived. I always look to get back to that briar patch. For over 30 years, my wife and I have had a house in a canyon in the Jemez mountains near Abiquiu, New Mexico. That canyon is where our souls seem to reside. The early stories of my life were usually punctuated with long Midwestern silences and understatement that taught me something about patience. My Dad was comfortable with listening. I had to learn.

Whatever the context--medicine, teaching, talking with people--I do it, more and more because of what William Carlos Williams says is the "opportunity to actually witness the words being born."  The experience still takes my breath away. 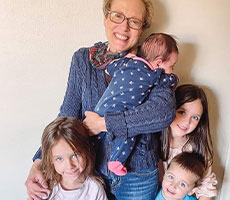 I am a lifelong traveler who calls St. Louis, Minneapolis/St. Paul, and Cleveland home. My education includes master’s degrees in bioethics and history of medicine, with a particular interest in the development of family medicine as a specialty.  My work life has focused on family and community medicine—writing, editing, administration, and research—most recently in the Center for Community Health Integration at Case Western Reserve University and as part of The Arc. In both settings, I am surrounded by people who think deeply, care passionately, and put their beliefs into action.  I am honored to learn with and from them.

Outside of work, I am a sister, aunt, grandmother, and friend who believes in the power of personal connection and the magic of Lake Superior. 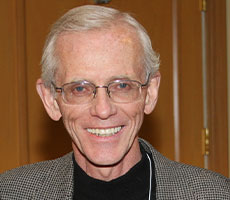 I was born and raised in southern Oklahoma in a family of Texans.  I lived in Texas, New York, and Arkansas before landing in Colorado in 1977. I’m a family physician who jumped on the ARC of medicine’s history and particularly family medicine’s journey near its beginning, after I met Gene Farley, Kerr White, Maurice Wood and other founders of family medicine in the early 1970’s.  I was infected irrevocably by their broad visions of the future role and service of family physicians prepared intentionally to be personal physicians.  Privileged to enjoy practice, education, research, and the development of residencies, departments, PBRNs, national implementation projects, and policy centers.

I am thriving in Colorado, splitting my time between Denver and Granby Colorado homes.  I lace exploiting the great outdoors, especially with my teenaged grandkids, with professionally related projects.  I enjoy not having a “job,” but lots of “work”—that tends to revolve around creating movement toward redesigned systems of care, education, and research.  The ARC weekly meetings are fuel for imagining better, relationship-based, affordable healthcare for all in the context of diverse, local communities and families who dwell together within them. 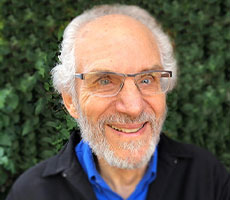 I was born as a second generation Canadian in Montreal. After attending college at McGill University, I headed off to medical school at the University of Buffalo in the early 1950s. While there I became convinced that the process to which my classmates and I were being subjected was badly in need of reform. Happily, my growing complaints were greeted with interest rather than rejection. I was invited to become the student voice in what was likely the first systematic faculty development effort in any medical school. That encouraged me to pursue a doctorate in education, along with my medical degree. After a residency and fellowship in psychiatry, I’ve spent my career at the intersection of medicine and education.

While seeking approval for the creation of the new specialty of Family Medicine in the 1960s, Lynn Carmichael invited me to create a workshop to help prepare generalist clinicians to serve as the founding faculty members for the new departments and residencies that would soon be needed. That first week-long workshop, held in Miami, became an annual event for five years, until the creation of the Society of Teachers of Family Medicine. I’ve moved among positions at several universities and at the Association of American Medical Colleges, settling in 1990 as clinical professor of Family Medicine at the University of Colorado. Since the 1970s, my wife, Jane Westberg, PhD, and I have collaborated professionally, writing seven books, producing and co-hosting more than 50 instructional videos, and conducting workshops for many hundreds of educators in more than 30 countries, all on aspects of education and communication.

I consider the invitation to join the wonderfully insightful, experienced, and creative ARC group to be one of the highlight opportunities of my career. 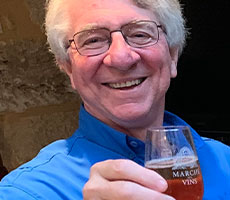 Lives unfold as stories and mine celebrates wonder, surprise, justice, and adventure.

As an anthropologist, family physician, teacher, mixed method researcher, department chair emeritus, organizational rascal, occasional coyote, and grandfather, I’ve focused on co-creating a better life together with emphasis on healing relationships, complexity, ecology, curiosity, and the worlds of primary care.  Gathering with wise friends who share the long view of life and history and actively seek a world of justice and health beyond the horizon brings me to ARC.

I am currently living under the ARC in the Lehigh River watershed in eastern Pennsylvania and seeking to re-imagine general practice for the future. 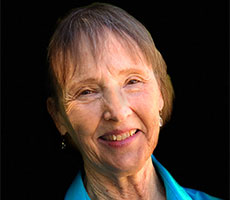 As a professor’s kid, I grew up on the University of Chicago campus where I attended the “lab school.” In the spirit of John Dewey, the school’s founder, our teachers fostered active, lifelong learning. Following my undergraduate work at Augustana College and the University of Edinburgh, I moved to Miami, and it was there that I met Dr. Lynn Carmichael, who was establishing the first family medicine residency. He wanted it to be community based and invited me to join the faculty to focus, in part, on community connections.

I had the privilege of being exposed to pioneers in family medicine. Lynn knew that the new field needed faculty, so he invited Hilliard Jason to conduct workshops in faculty development. Hill and I hit it off, married, and moved to Maryland, where he worked at the American Association of Medical Colleges and I worked at George Washington University School of Medicine. Together, we created the National Center for Faculty Development at the University of Miami, working nationally and internationally. In 1990 we joined the Department of Family Medicine at the University of Colorado. Since our early work together in the 1970s we have written seven books on aspects of medical education, produced and co-hosted more than 50 instructional videos on aspects of education and communication, and we’ve conducted workshops for many hundreds of educators in more than 30 countries.

I look forward eagerly to our weekly ARC group meetings. With shared values but different perspectives and experiences, our conversations are rich and stimulating.