Welcome to the Family Medicine Newsroom. We hope that you find our stories instructive, engaging, memorable, and sharable! Are you a medical student, resident, doctor, or patient who would like to share a story idea?

Drop us a line

Dr. Riley Smith, a North Carolina native, is a third-year resident in the University of Colorado Family Medicine Residency. 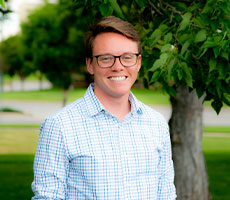 Not too long ago, he was working his required rotation up in Winter Park at the ski clinic at the base of the mountain.

In its twenty years in operation, the clinic, run by Denver Health, has seen what you’d expect – broken bones, pulled ligaments, and maybe a case or two of frost bite.

But, on the day Riley was working, something very unexpected happened.

“About three in the afternoon,” said Dr. Smith, “we got a call from an ambulance crew that they were bringing in a woman in labor.”

The expecting Mom and Dad lived in Granby. Mom had a history of fast deliveries and the ambulance crew did not think that they were going to make it over the pass and into Frisco to the hospital. So, they decided the Winter Park ski clinic was the place where the baby was going to be born.

“Everyone was freaking out,” said Smith.

And, freaking out for good reason. Never in the history of the clinic had the team there had to deliver a baby. No one, except Riley, had any recent obstetric experience. And, the clinic was not as equipped as well as it could have been for this particular circumstance.

“I’m looking around and it’s me and a couple of emergency medicine docs and a sports medicine doc there and I was like – I guess I’ll do this, ha, ha,” he said.

With the decision made, he searched the clinic shelves and found one sterile package with the basics for delivering a baby.

“I like wiped the dust off of that and was like, okay, what do we have here?”

Then in his best doctor team-lead mode, Smith assembled his support team for a pep-talk.

“I told my team – when you are in that room with that patient, we are all calm, cool, and collected. I want you guys to pretend like we do this every day because that’s the kind of vibe we need to set.”

Then he headed into the make-shift delivery room to check on his patient.

He recalls, “I watched her have one contraction and I was like, oh, this might be the real deal.”

No time to stabilize and get her to the hospital. This was it!

Smith headed out into the hall to notify his anxious team. He remembers that one of the nurses asked if they could share a group prayer to which he responded, “I am not a religious man – but, like, all hands on deck!” 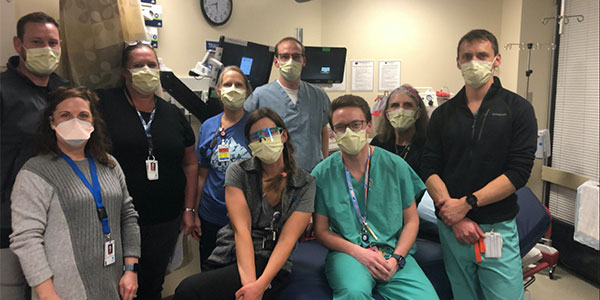 A little over an hour and ten minutes after arriving at the clinic, Mom delivered a healthy baby girl.

After the successful delivery Riley suggested that the parents name their new daughter “Mary Jane” after the ski area. “It’d be perfect,” he told them. “ She’s a Winter Park baby.”

Sadly, he says that the parents did not go for that. But, they did thank him and his colleagues for rising to the occasion. In fact, a couple of days later, Dad brought donuts for everyone at the clinic.

And, how is Riley Smith after making history as the first doctor to deliver a baby at the base of the slopes at Winter Park?

“It was definitely one of the most memorable days of my residency and it felt good,” he said, “I felt like a family doctor.”