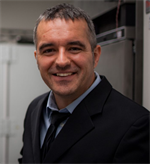 Investigation of potential harms and potential benefits of primary cannabinoids (THC), secondary cannabinoids (CBD, CBC etc.) and terpenoids (mono- and sesquiterpenes). In this context we investigate the toxicodynamic as well as pharmacological properties of these compounds.

During the last decade we have established a portfolio of quantitative biomarker multiplex assays including endocannabinoids, polyunsaturated hydroxylated fatty acids, prostaglandins and leukotrienes as well as neurotransmitter assays using quantitative tandem mass spectrometry-based technologies. These quantitative and validated approaches that are focused on the analysis of pathways show advantages over general unknown screening approaches such as metabolomics or proteomics in regard to their reproducibility, detection limits and compound quantitation.

In addition, we established unique tools for the accurate determination of cannabinoid levels (15 cannabinoids including but not limited to THC and its major metabolites, CBD and its major metabolites, CBC, CBG, CBN, THCV etc.) in plasma, urine and breast milk and a novel assay for the determination of terpenoid levels in animal and human plasma. These assays are the basis to perform pharmacokinetic and pharmacodynamic evaluations and estimate exposures in observational clinical trials evaluating harm or benefits of cannabis.