The Diabetes Auto Immunity Study in the Young 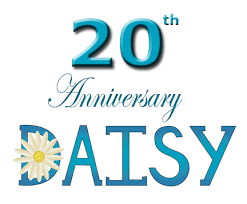 The Diabetes Auto Immunity Study in the Young - started in July 1993 and has been continuously funded by the National Institutes of Health. The primary goal of DAISY is to learn how genes and the environment interact to cause childhood (type 1) diabetes. In order to do this, the study follows 2542 high-risk children with a diabetic relative (a sibling or parent) and children without a diabetic relative but found to have high genetic risk by screening of 30,000 Denver newborns. Infections, diets,  genes and immunological markers are compared in children who have developed pancreatic inflammation and diabetes with those who remained healthy. Investigators led by Dr. Marian Rewers were able to map out the events leading to childhood diabetes. For instance, they developed immunological and genetic tests that can identify children who will develop diabetes in the next 5-10 years; they demonstrated that routine immunizations and baby milk formulas based on cow’s milk do not increase the risk for diabetes; that omega free fatty acids may be protective, but certain viral infections increase the risk. On the foundations of DAISY, the National Institutes of Health funded an international consortium – The Environmental Determinants of Diabetes in the Young (TEDDY). TEDDY has screened 424,000 children in Europe and America and is following 8766 those at the highest risk. DAISY and TEDDY are likely to deliver definitive answers concerning the cause and prevention of childhood diabetes.