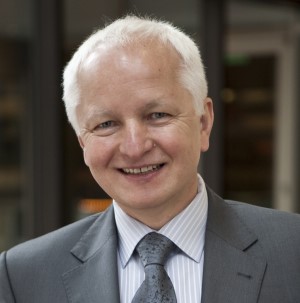 Dr. Rewers joined the faculty of Barbara Davis Center in 2000 as Director of Clinical Division; he has served as interim (2012-14) and now permanent Executive Director of the Center. His primary research is in the etiology/epidemiology of type 1 diabetes as well as insulin resistance and cardiovascular complications of both type 1 and 2 diabetes.  Dr. Rewers has been the PI of several large NIH-funded projects: The Environmental Determinants of Diabetes in the Young (TEDDY), the Diabetes Autoimmunity Study in the Young (DAISY) and the Genetic and Environmental Causes of Celiac Disease (CEDAR).  DAISY has been instrumental in expanding our knowledge of the causes and risks of diabetes. To translate these results to public health and prevention of T1D, Dr. Rewers initiated the Autoimmunity Screening for Kids (ASK) supported by the JDRF and Helmsley Charitable Trust. ASK screens general population children ages 1-18 for presymptomatic T1D and celiac disease, provides education to prevent delayed diagnosis and complications, eg DKA, as well as access to prevention trials.  He has also studied the development of cardiovascular disease in T1D in a large longitudinal study – the Coronary Artery Calcification in Type 1 (CACTI). These studies have basic research ‘omics components evaluating the underlying pathophysiology of T1D and its complications as well as clinical translational and epidemiology components providing opportunities for investigation across the spectrum of type 1 diabetes research. Dr. Rewers has authored more than 440 peer-reviewed publications and has mentored over 40 physician-scientists as well as PhD and MS students. He received the Kelly West Award from the American Diabetes Association, one of the highest research awards given by the ADA. More recently, he received the Juvenile Diabetes Research Foundation’s prestigious Mary Tyler Moore and S. Robert Levine Award for Excellence in Clinical Research.