Building the Pipeline of Future Doctors 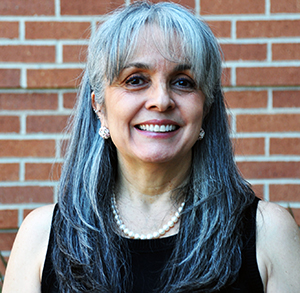 (November 2019) Josina Romero O’Connell, MD, remembers what people said when her grandfather got sick and started visiting a local clinic near his home in rural New Mexico.

Watching her grandfather’s health deteriorate, O’Connell made a decision about her future.

“I told my mom, ‘When I grow up I’m going to be a doctor. I’m going to open a hospital where sick people go to get well and they don’t die.”

That year, Santa brought her a toy medical bag, and from then on relatives called her “Dr. Jo.”

In January, 10 years after graduating from the University of Colorado School of Medicine, O’Connell was named executive director of the Colorado Area Health Education Center (AHEC), which promotes careers in health professions in rural and medically underserved urban areas.

O’Connell, an assistant professor of family medicine and a clinician at Denver Health’s Montbello Family Health Center, is familiar with barriers rural community members can encounter when choosing to enter a health care field.

Although she was a child when she decided to become a doctor, O’Connell was 44 years old when she entered medical school.

“I’m sure (the television show) Marcus Welby, MD, had a lot to do with it,” O’Connell said about her youthful desire to become a physician. “How else would I, growing up outside Española [N.M.], have known what a doctor was?”

O’Connell enrolled at University of New Mexico after high school. As a junior she transferred to Colorado College in Colorado Springs, a more rigid academic setting, to get serious about preparing for medical school.

Working as many as four jobs at once, she studied hard, improved her grades, and signed up for the Medical College Admission Test (MCAT), a standardized exam required for admission to medical school.

“I didn’t take any classes to prepare (for the MCAT). I thought, ‘I am learning what I need to learn in class. I’m going to do fine on the MCAT.’

“I remember sitting down and looking at the test and saying, ‘What is this? I don’t recognize this as anything I remotely know.’”
Her score was low, but O’Connell told her college advisor that she would hire a tutor and re-take the exam.

“But he said, ‘I don’t see that medical school is in your future with these kind of scores. Maybe nursing.’”

Her confidence plummeted. Instead of pursuing medical school, she graduated with a bachelor’s degree, married her college boyfriend, tried various careers, and eventually earned a master’s degree in secondary education. She taught anatomy, physiology, and biology to high school and middle school students in Colorado Springs.

O’Connell liked teaching, but felt she was letting down her family by failing to become a physician.

“I come from a long line of educators. Teaching felt very natural ... But I don’t think there was a day when I didn’t think, ‘Gee, I want to go to medical school.’”

Medical school came back into focus several years later when she had an argument with her son about music lessons. O’Connell told him she wanted him to excel and meet his potential.

“He replied, ‘That’s a lot coming from you. You never went to med school.’”

That night, she told her husband that she would apply to medical school the following year.

She applied at CU School of Medicine and was rejected, so she asked a pre-med advisor at Colorado College for advice. Because she was a minority candidate, but had applied under her married name of O’Connell, he recommended that she contact the CU Office of Diversity and Inclusion. She did, and was offered a spot in CU Denver’s postbaccalaureate program.

One year later, O’Connell, the mother of three children ranging from third grade to college, entered medical school at CU.

It was hard, and she often questioned her ability and aptitude.

“I quit probably once a week,” she said.

Being involved in extracurricular activities helped her focus on her goals and acclimate to being back in school. CU School of Medicine had no Spanish language classes, and O’Connell realized she would need to refresh her own language skills if she was going to help Spanish-speaking patients.

Shortly after matriculation, she and two fellow students created Spanish Acquisition Begets Enhanced Service (SABES). They recruited native Spanish-speakers to tutor students in medical Spanish, brought in community members to pose as patients, and found Spanish-speaking providers to help students practice caring for simulated patients and to use translator phones. In her second year of medical school, the school elevated SABES from an interest group to an elective.

Also in her freshman year, Rural Track Director Mark Deutchman, MD, invited O’Connell to join the school’s new track.
“It was so amazing,” O’Connell said. “I’d tell my peers who were not in the rural track, ‘I’m going to suture lab today.’ And they’d say, ‘I want to go, too.’ Or I’d tell them, ‘I’m going to an ultrasound workshop.’ They were always jealous.”

O’Connell accepted a National Health Service Corps scholarship, and agreed to work in an area of need for four years after graduation. She was offered a job near her hometown in New Mexico, but didn’t want to uproot her family, now living in Denver. The first year she worked at Salud Family Health Centers in Commerce City, then moved to Denver Health, where she was named director of the Healthcare Interest Program, a pipeline program for minority and underprivileged college students interested in health care professions.

“Mark (Deutchman) jokingly used to call me ‘my failure’ because I was in the inaugural class of the rural track, but I didn’t go into rural care.”

Deutchman, professor of family medicine and associate dean for rural health, who led AHEC for six years before stepping down this year, said O’Connell’s professional and personal background make her a good choice to lead AHEC.

“She is dedicated to the missions of workforce diversity, workforce distribution, and practice transformation which are core to AHEC,” Deutchman said. “And she brings a wealth of experience in collaborating with others and in running career development programs.”

O’Connell is focused on expanding AHEC’s current high school pipeline program to reach students in kindergarten through college, and she envisions a closer connection between rural and urban underserved health care providers because “we don’t just want to attract providers, we want to keep them.”

“I would like to make urban more woke to rural,” she said. “There’s a richness in each of them, and we need urban providers to do more outreach and education for their peers in frontier areas. Urban and rural don’t always communicate.”

O’Connell intends to visit each of the six AHEC districts in Colorado twice yearly to learn the needs of the community.

“I’d like to do whatever I can do—teach a lecture, help high school students dissect a frog, hold a community meeting on diabetes.”

Immersed in caring for patients in urban Denver, she feels a pull to return to rural communities.

“Since I took this (AHEC) job I feel a tiny bit less guilty about not being in rural care, but I feel that my people are still out there, and I need to serve them.”