“Everything Shifts a Little After Surgery”

(November 2019) Daniel De Leon may seem like your typical 25 year-old. He loves to go out with his friends, is a full-time student at the University of Colorado Denver, and works out a few days a week. But his story is anything but typical. Not only was he diagnosed with testicular cancer at 23, but when a lung tumor resisted treatment, De Leon needed total lung removal surgery.

“I felt a bit of a lump but didn’t think much of it,” said De Leon. “But then it started to grow and I was losing weight. That is when I started thinking it may be cancer.”

A trip to the local urgent care confirmed his fear. Alone in the exam room (his family lives in Chihuahua, Mexico), De Leon was diagnosed with testicular cancer and it needed to be removed as soon as possible.

“I sent a message to my mom and told her what was going on,” he said. “It was really terrifying and overwhelming.”

Three days later, he went in for surgery to remove the tumor. Unfortunately tests after the surgery revealed that tumor markers had not gone down as expected and when his team looked closer, they found that the cancer had spread, metastasizing to De Leon’s left lung. His oncologists determined that he would need additional treatment.

“That was probably the hardest part of the entire process,” said De Leon. “You look frail, you lose your hair, and your mood is terrible. It is hard to stay strong through it.”

Despite the negative side effects of chemotherapy, De Leon continued to go to school full time.

“I would go to treatment and then head to class,” he said. “It was the best choice that I made because I was able to have something to distract me from everything that was going on.”

One night, De Leon was in an evening class and began to experience severe chest pain. Thinking that it was a side effect of the previous treatments, he went to the emergency room at the UCHealth University of Colorado Hospital. He was shocked to learn that the tumor in his lung had not disappeared, but instead it had grown.

“When I read the report I was shocked. I truly believed that I was clear because my tumor markers had come down,” De Leon said.
De Leon’s oncologist referred him to the University of Colorado Cancer Center for additional consultation. Elizabeth Kessler, MD, CU Cancer Center member and assistant professor of medicine in the Division of Medical Oncology, took over his care.

“We had a sense that he had something called a growing teratoma syndrome, which means that some tumor cells are resistant to any type of chemotherapy or radiation,” explained Kessler. “The only way to get rid of the tumor is surgery. What was tricky in De Leon’s case is that the location of the tumor was in such a place where we couldn’t just take a portion of the lung. We ended up having to remove his left lung.”

After his surgery De Leon was left with just one lung but was finally cancer free. Just a couple weeks after surgery he decided that it would be a good idea to sign up for the BfitBwell program at the Anschutz Health and Wellness Center. BfitBwell is a three-month long cancer exercise program that is individually tailored to the participant’s specific needs.

“For me, it was reassuring to know that the trainers were working with my medical team and work with cancer patients,” said De Leon. “The program is excellent. The entire team is so positive and makes the exercise experience much less intimidating, especially for someone with one lung.”

That one lung had a surprise in store. Consequent x-rays after surgery showed that De Leon’s lung was expanding in size and capacity. As his lung grew, other organs shifted – now De Leon’s heart is a few inches to the left of where it normally would be.
“After the program, my lifestyle changed,” said De Leon. “My mental and physical state improved and I became more aware of how important it is to take care of my health.” 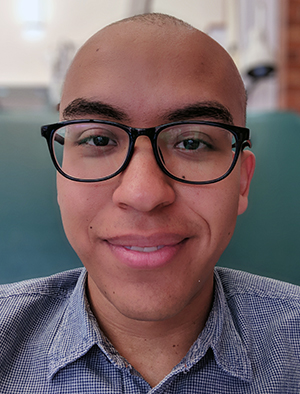 “The body compensates,” said Kessler. “Everything shifts a little after surgery. If you were to listen to his heart sounds you wouldn’t hear them as well as the same places we do in other patients.”

“It was super interesting to watch the growth,” said De Leon. “As the lung got bigger I also felt better. I didn’t need as much time to recover and I wasn’t out of breath all the time.”

De Leon continues to go to the Anschutz Health and Wellness Center a few days a week and even runs into members of his care team there.

“After the program, my lifestyle changed,” said De Leon. “My mental and physical state improved and I became more aware of how important it is to take care of my health.”

Now cancer free, De Leon is excited (and expectedly anxious) about what comes after graduation in May.

“Because of how crazy this last year was, I haven’t had a lot of time to figure out what comes next,” De Leon said. “I am really happy that I am healthy and finally have the mental capacity to think about the future. Ultimately, I feel grateful that I am in a situation where I can focus on the normal, everyday 25 year old things.”

This article originally was published in February on Colorado Cancer Blogs.