Childhood epilepsy is a common and often devastating disease, and chronic seizures lead to a significant increase in premature mortality and developmental delay. Children with epilepsy are at risk for other health problems including depression, anxiety, learning disabilities, attention deficit hyperactivity disorder, and autistic spectrum disorder. Finally, children with uncontrolled seizures are at risk for premature mortality due to a condition known as sudden unexpected death caused by epilepsy (SUDEP).

My laboratory studies focal cortical dysplasia (FCD), the most common cause of surgically-treated childhood epilepsy. Surgical resection is the treatment of choice for FCD if medications do not work, but this invasive treatment is not always curative. Recently, a host of studies has implicated the mammalian target of rapamycin (mTOR) pathway as a key component in the pathogenesis of FCD. MTOR pathway upregulation has been linked to increased neuron size and neurite outgrowth, as well as changes in synaptic inhibition. However, the precise mechanisms by which focal upregulation of mTOR leads to epileptogenesis in FCD are unknown. We aim to discover these mechanisms and thus develop new medical or surgical therapies to treat children with this disease.

We use human tissue removed during surgery as well as a mouse model of FCD based to study this disorder. Scientific techniques currently used by the lab include patch-clamp electrophysiology and calcium imaging in living human and mouse brain slices and immunohistochemical techniques. 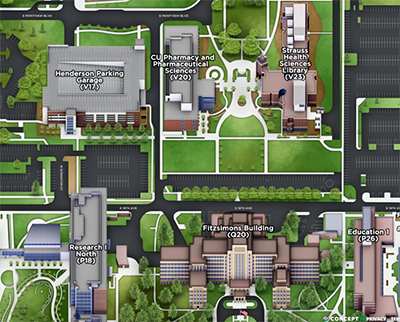