Schizophrenia and obsessive compulsive disorder (OCD) are both common and severe mental illnesses with unknown causes that, due to their early age of onset and chronic course with many largely unmet needs, are particularly devastating.(Mathers 2008) For the 40% of patients with OCD with poor response to both a form of cognitive behavioral therapy, exposure and response therapy, and pharmacological interventions, a neurosurgical intervention, deep brain stimulation (DBS), represents a major biomedical advancement.(Skoog and Skoog 1999)

Fifty percent of otherwise treatment refractory subjects are responsive to DBS targeting nucleus accumbens (NAc).(Pepper, Hariz et al. 2015) Successful targeting of the NAc is dependent on identifying a stimulation induced biomarker of hedonic valence, or smile induction.(Haq, Foote et al. 2011) However, this hedonic biomarker is necessary, but not sufficient, to predict effective DBS therapy and is not always found. Additional biomarkers are needed to inform NAc targeting in DBS surgery.

Neurosurgical interventions employed to treat OCD all rely on disruption of the cortical-striato-thalamo-cortical circuitry. (Skoog and Skoog 1999, Brown, Mikell et al. 2016) Remarkably this is the same circuitry has been heavily implicated in schizophrenia pathogenesis. Antipsychotic action is dependent on blocking dopamine D2-like receptors in NAc. (Seeman, Chau-Wong et al. 1975, Masri, Salahpour et al. 2008) Convergent evidence supports targeting of NAc with DBS to treat symptoms of schizophrenia and the first subject with schizophrenia to receive DBS treatment has improvement in both the positive symptoms of psychosis and negative symptoms of a lack of motivation. (Liu, Hao et al. 2014, Ma and Leung 2014) (Corripio, Sarro et al. 2016)

However, as with OCD, it is important to develop additional biomarkers to allow precise DBS targeting of NAc and demonstrate target engagement to inform the clinical trial. Subjects with schizophrenia have aberrancies in sensory processing and describe becoming overwhelmed with sensory information.(Jeffs 2000, Saks 2007) Measured with EEG, gating of an auditory evoked response, the positive wave occurring 50 msec after a tone (P50), is one assessment of sensory processing has been used as a biomarker of schizophrenia disease.(Olincy, Braff et al. 2010, Javitt and Freedman 2015) Diminished P50 response to the second of paired auditory clicks is a measure of auditory gating. Subjects with schizophrenia or OCD or Parkinson’s disease (PD) have impaired gating of their P50 response and demonstrate similar responses to both the first and second click.(Olincy, Braff et al. 2010, Javitt and Freedman 2015) P50 response occurs in the dorsolateral prefrontal cortex, mediodorsal thalamus and the hippocampus— within the same cortico-striato-thalamo-cortical circuity implicated in both schizophrenia and OCD.(Tregellas, Davalos et al. 2007) We are employing P50 as: 1) an intraoperative biomarker to detect sub territories within deep brain structures that are involved in sensory processing; and 2) as a biomarker of target engagement by assessing changes in P50 in response to stimulation.

In addition, we are characterizing the resting state neurophysiology of the NAc in subjects with OCD. Our preliminary data is promising and we have identified an aberrancy in NAc neurophysiology. The next steps are to determine the frequency of the aberrancy in OCD subjects, and determine if there is a synchronous equivalent measure that can be made with EEG measurements to allow us to monitor the aberrancy in a noninvasive way and determine if when corrected, symptoms of OCD subside. We anticipate that these two approaches towards identifying neurophysiological biomarkers will be helpful in treating depressive and psychotic symptoms in patients. ​ 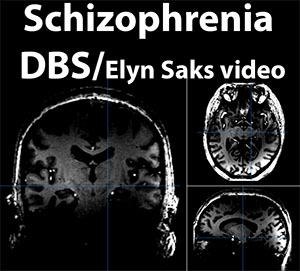 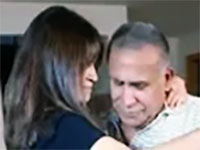 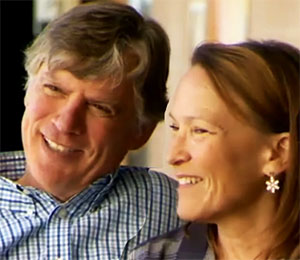 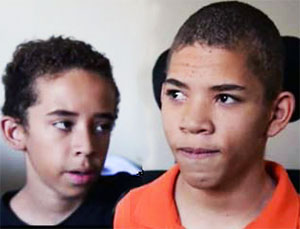