Getting Back to School Safely During a Pandemic 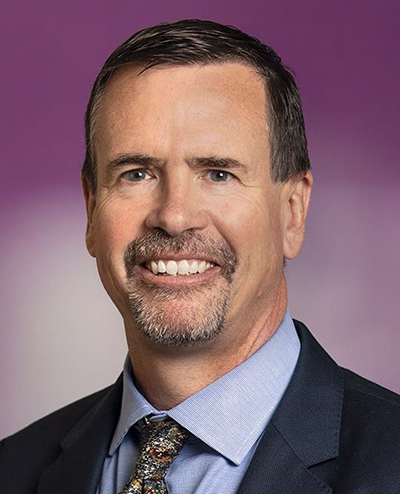 (October 2020) Sean O’Leary, MD, MPH, professor of pediatrics, has been on the School of Medicine faculty since 2010. He trained in the CU residency program at Children’s Hospital Colorado, practiced as a general pediatrician in Fort Collins for eight years, before returning to the Anschutz Medical Campus in 2007 to do his fellowship in Pediatric Infectious Diseases.

He has been a leading voice in efforts to promote childhood vaccinations and serves as vice-chair of the American Academy of Pediatrics (AAP) Committee on Infectious Diseases. He helped write the AAP’s guidance on returning to school. He was interviewed for CU Medicine Today magazine in mid-August about the state of efforts to fight COVID-19 and to reopen schools.

How concerned are you about the possibility of an increase in COVID-19 cases this fall?

That’s hard to answer in August for a magazine that will be going to print in the fall. I guess what I’d say is that everyone is kind of nervous about it. We’ve seen what has happened across the country with an explosion of cases in places that opened up too early.

In Colorado, as of mid-August, we are actually doing OK. Our positivity rate is hovering around 3 percent. I like to think that, as more people are adopting – I won’t say embracing, but at least adopting these physical-distancing and mask-wearing measures – that we’re going to be able to continue to have these low levels and ideally get them lower.

Of course, the big variable is school. It’s hard to say now where we’re going to be in two months with school. Denver Public Schools isn’t going to open until at least October 16 for in-person learning for most students. Cherry Creek School District is opening, so we may get some lessons there. But it’s pretty hard to predict right now. Am I worried? Yeah, I’m worried.

In your role at the American Academy of Pediatrics, you helped develop recommendations earlier this summer to provide for a safe return to schools. Then several states had rising cases of COVID-19. Are the recommendations still applicable?

I think that there are places where it absolutely could be safe to go to school. For example, in other countries where they have really low levels of circulating virus, they have been able to successfully reopen schools. In some places, they have been able to open without major mitigation measures in place because the level of the virus is low enough. There are pockets in the U.S. where that’s true. I think that we all want to get there in Colorado.

We wrote the Academy’s guidance with that in mind, that if conditions are right, that if you put mitigation measures in place, then yes, it is potentially safe to do. It’s important to recognize that we’re learning all the time and we’re going to be learning some things may work better than others, some of them may not work at all, and some may make things worse. We have to be ready to change those things as we go along.

The real tragedy of all of this is that the AAP’s guidance and other well-meaning guidance have become politicized, almost weaponized. That’s made the conversation a lot more difficult. We have an administration who has pointed us in the wrong direction many times and has not engendered trust. That certainly includes teachers. So when the teachers see these politicians demanding in-person schools under any circumstances, of course they’re going to balk at that. I absolutely understand where they’re coming from.

The AAP guidance depends on widespread adoption of mitigation measures – mask wearing when you go to the grocery store, it means not going to parties at the pool and at the bars, right?

Yes, absolutely. Any public health expert or physician that you see interviewed about this topic about schools reopening, pretty much everyone will say that the most important thing we can do in order to open schools safely is to deal with it in the broader community.

These school mitigation measures are a backup plan. They’re not meant to be able to completely stop the virus when there’s widespread circulation. That’s impossible. If there’s widespread circulation, it’s going to get into the schools. So, these schools that opened in Georgia that are getting a lot of headlines because of infections, that was absolutely predictable. Absolutely predictable.

If Denver Public Schools is waiting to have in-person classes and Cherry Creek is opening, we have a test case here. We’re in the same community.

There are even pockets within our community. If you look at Denver Public Health’s website, they have a lot of granular data on the rate of infection in various neighborhoods and it varies within Denver, based on neighborhoods.

It’s striking in terms of the disparities that we’ve seen nationally about the impact this pandemic has had on those living in poverty and in communities of color. That’s certainly true in Denver as well. For example, the rates are much higher in Montbello than they are in Central Park (formerly Stapleton). Similarly, the rates of testing are much higher in Central Park than they are in Montbello. These two adjacent neighborhoods have different levels of income and a different combination of race and ethnicity, and we see the disparities in rates of COVID-19.

These school mitigation measures are a backup plan. They’re not meant to be able to completely stop the virus when there’s widespread circulation. That’s impossible.

What are you expecting for this year’s flu season?

There’s an element of terror. Influenza fills up hospital beds and ICUs in both adult and pediatric hospitals every year. With COVID-19, we saw a bit of a surge at Children’s Hospital, but nothing like the surge that adult hospitals saw. If those two things hit at the same time, it’s going to be terrible. We would almost certainly overcome ICU capacity if we have a typical flu year that is coinciding with a lot of COVID-19 circulation.

We’ve been working for months now with folks at the state health department, the local public health departments, and Immunize Colorado, discussing what are we going to do about flu vaccination this year. Every year, it’s a big push, it’s important. It’s even more important this year.

There has been an increasingly vocal anti-vaccination movement. How has that affected vaccination rates?

Right now, certainly, the anti-vaccination movement is a problem because they have aligned themselves with COVID deniers and conspiracy theorists and some of the people that are protesting masks. They’ve jumped on board with those folks and are spreading misinformation and disinformation about COVID-19, as well as about potential future COVID-19 vaccines. That’s certainly a problem.

The anti-vaccination movement is very vocal, but it is very small minority of people when you consider the general population. Even though many parents have questions about childhood vaccinations, we still have in general very high rates of uptake, upwards of 95 percent for some vaccines. Overall, most parents are still getting their children vaccinated.

The bigger issue right now is the dramatic drop we’ve seen because of the pandemic. There were people who had concerns that due to the stay-at-home orders the doctor’s office wasn’t open, so some didn’t bring their children in for a checkup. Most doctor’s offices stayed open through the pandemic. Pediatric and family medicine offices have really bent over backwards to make them safe places to be. There’s very little transmission within that setting because they’re wearing PPE along with other mitigation measures.

We initially in Colorado saw about a 40 percent drop in doses delivered. That’s improved, but we’re still about 20 percent below where we should be year on year. There’s a group of us working to address the issue, to make sure parents understand that it’s safe to go into the office, and to figure out alternative venues for getting those kids caught up.

You contracted COVID-19 in March. How are you feeling now?

I’m one of those long haulers, although I guess I would say a little milder than a lot of people. My wife and I both were pretty sick for two to three weeks. I got completely better and then about two weeks later, I got back to running. I was pretty much back to normal and I went on a long run and that night I felt the symptoms come back, although to a lesser degree than when I was sick, but it’s a very distinctive feeling.

That’s happened more or less every day since then. Some days are worse than others. It perhaps seems to be getting better over the last month or so, but just when I say that, that’s when the symptoms seem to come back. It’s tough.