By Lindsay Lennox and Jane Hoback 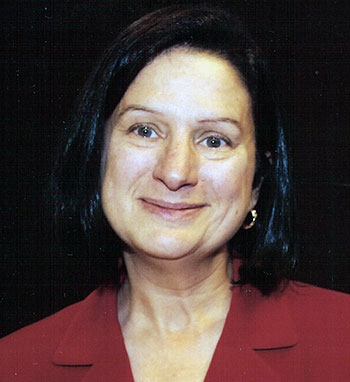 (May 2016) Judith Regensteiner, , divides her roles into three areas at the CU School of Medicine: research, mentoring and teaching.

As a professor of medicine, a founder and director of the Center for Women’s Health Research (CWHR), and the Judith and Joseph Wagner Chair in Women’s Health Research, she trains and mentors young scientists in women’s health and sex differences research, conducts research on diabetes and cardiovascular disease, and develops programs for the public and the medical community.

“Diabetes and cardiovascular disease are two of the most devastating disease areas for women,” says Regensteiner. “Importantly, diseases can present differently in women. Their symptoms, treatments and diagnoses could differ too.” She adds that women with heart disease have unique issues, and women with diabetes are more likely to experience adverse consequences of heart disease than men with diabetes. “There are very important scientific questions to be answered so we can treat both men and women effectively.”

Regensteiner’s current research focuses on the effects of diabetes on cardiovascular exercise capacity. She and collaborator Jane Reusch, MD, have found that exercise capacity can be impaired in people with type 2 diabetes. Their work in adults has led to work in adolescents with type 2 diabetes by pediatric endocrinologists specializing in diabetes in youth which showed similar findings.

A ‘lifespan approach’ to women’s health

The CWHR takes what Regensteiner calls a “lifespan approach,” with researchers studying fetal programming, adolescent obesity, type 1 and type 2 diabetes in youth, sex hormones in young women, and diabetes, osteoporosis and heart disease in middle-aged and older women. “Teens never used to get type 2 diabetes,” says Regensteiner. “But as lifestyles become more sedentary and overweight becomes more prevalent, they’re getting type 2 diabetes in increasing numbers. That might even mean we’ll start to see younger and younger people having heart attacks.”

Other projects sponsored by the CWHR include using behavior change techniques to increase physical activity to people with diabetes using technology in the clinical setting, understanding how the causes of obesity begin in the womb, and working with big data to study peripartum cardiomyopathy in women.

Established in 2004 to try to close the gap in knowledge about women’s health and sex differences research, the CWHR today supports 45 young MD and scientists, primarily through seed grants awarded from the center in a peer review process. All types of science are included, ranging from basic science to clinical and translational research to epidemiology and big data. To date, the CWHR has provided approximately $1million in seed grants, helping to leverage over $42 million in external funding, mostly from the National Institutes of Health. Additional sources of funding for junior faculty include the $2.5 million Building Interdisciplinary Research Careers in Women’s Health NIH K-12 grant, of which Regensteiner is PI, and the new Doris Duke Fund to Retain Clinical Scientists.

In addition to its competitive grants, the CWHR mentors the next generation of scientists and teaches them skills they will need as academics, including various aspects of career development, how to apply for a grant and how to give talks, not only to professional colleagues but also to the public.

Growth in the community

When Regensteiner and the other founders started the center, they realized they couldn’t ask the university for all the money such an endeavor would require. Since its inception, the CWHR has had a strong community presence in the form of an extremely supportive community Advisory Board, which has also played a key role in raising money for the CWHR. In 2013, the CWHR’s first (and founding) Advisory Board Chair, Judi Wagner and her husband, Joe, led efforts to endow one of the first chairs in women’s health research in the country, the Judith and Joseph Wagner Chair in Women’s Health Research, held by Regensteiner. The CWHR has just completed its second Chair, the Nancy Anschutz Chair in Women’s Health Research. “The role of the community in the development and evolution cannot be overstated and has played a huge role in the growth and culture of the center,” says Regensteiner.

As part of the CHWR’s community outreach, the center offers programs for the public, health care professionals and the academic community that feature experts from around the country speaking on a variety of topics. The center has partnered with of Colorado Hospital for the successful “Let’s Talk” series, a public series of talks focused on presenting evidence-based information on important topics.

In the more than 10 years the center has been operating, Regensteiner has noticed a sea change in women’s health issues. “Other centers are starting to spring up across the country. I get contacted a lot by people who want to start women’s health research centers,” she says. “We’re learning new things. The field of women’s health research and sex difference research is growing, and I’m delighted about that.”