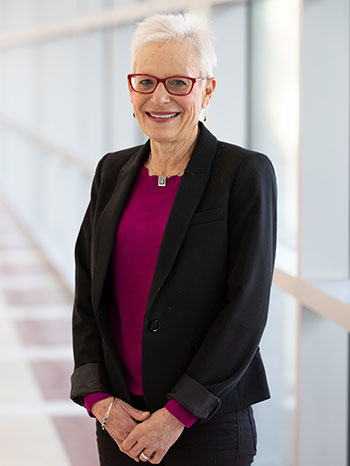 (April 2019) Leslie J. Berg, PhD, who specializes in understanding how T cells develop and help fight infection, has been named chair of the Department of Immunology and Microbiology at the University of Colorado School of Medicine on the Anschutz Medical Campus, effective Feb. 1, 2019.

Berg was professor of pathology at the University of Massachusetts Medical School in Worcester, Mass., where she has served on the faculty since 1998.

Her responsibilities at UMass included teaching, leading a consistently funded research laboratory, and handling administrative duties for the Immunology and Virology Program.

She brings to CU School of Medicine considerable expertise in studying the way the body addresses pathogens, which is key to developing treatments for ailments caused by immune system dysfunction.

Berg is the author of more than 100 articles in peer-reviewed journals, book chapters and invited articles. She served as President of the American Association of Immunologists in 2011-2012 and has received numerous academic awards and honors.​