Taking Me Out to the Medical School 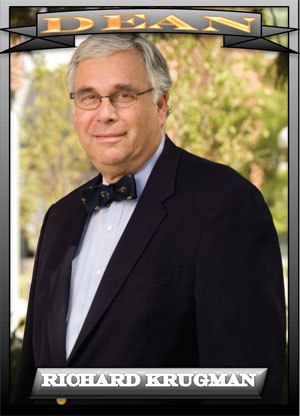 The Richard Krugman, MD, trading card might not command the top dollar that a rookie Mickey Mantle baseball card would, but scoring a Krugman became the mission of many new CU medical students last summer.

The physician hopefuls were given a starter pack of eight cards and an assignment: Collect as many cards as you can and get them signed by the person pictured if possible. Each card featured the picture of a faculty or staff member who will play an important role in the students’ medical education. The back of the card includes the person’s hometown, graduate school, role on campus and a random fun fact.

Students learned, for example, that Michael Carry, , associate professor of cell and developmental biology, has webbed toes. At least that’s what it says on his trading card.

“We wanted to come up with a creative way for students to learn about and engage with faculty members before getting swept up in the stress of school,” says Christie Osborne, Class of 2014 MD candidate and president of the Medical Student Council. “This allowed students to put a face with a name and gave them to talk to professors and deans when they otherwise may have never met them in person.”

Of the 44 people featured on the cards, Krugman and Senior Associate Dean for Education Celia Kaye, MD, , were the most valuable players. There were only eight and eight Kayes in the stacks of hundreds of cards. Most cards had an assigned value of one point, but a Krugman or a Kaye card was worth four points. Getting the card signed by the person featured on it doubled its value. 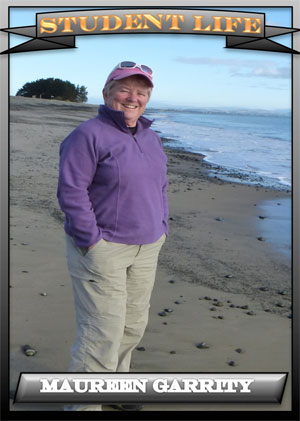 The Maureen Garrity also was a rarity among the cards, but for a different reason. With 72 cards printed, the Garrity card was one of the most widely available, but it had a higher score than other easier-to-find cards. A Garrity was worth two points whereas other common cards garnered only one point. Garrity, , is associate dean of student life and definitely somebody the students need to know.

The points collected were awarded to the student’s advisory college for the yearlong College Cup competition. The advisory college program, launched in 2012, promotes student wellness and academic and career success through mentorship and community-building activities. Each of the eight colleges named after a different fourteener mountain peak and are led by two faculty mentors and two or three student advisers who are current fourth-year medical students.

The scramble to collect points spurred some creative bargaining by students during orientation week.

In one case, during a team-building exercise, one student would share straws if his straw-needy classmate would offer up a Krugman card. In another case, a student would let his Krugman card out of his sight only if the administrator asking to borrow it would get the dean to sign the card.

For all the fun of learning new faces, the rules warned students that their memories would soon be put to the test: “You will soon be introduced to more faculty and staff than you can count, and you will likely forget many of them in the wake of the realization that you will soon have to memorize all the bones and bony prominences and everything else about the anatomy.”

Class of 2017, welcome to medical school.