'A Scholarship Is an Investment'

Program transforms of students and donors

(December 2017) The Presidential Scholarship Initiative transforms the lives of students at the University of Colorado School of Medicine and offers benefactors a way to make a long-lasting gift that benefits students, patients and communities.

“When I heard about the Presidential Scholarship, I knew this is what we were supposed to do. To give back,” said Jo Battock, who contributed with her husband Dennis Battock, MD ’64. “This opportunity hit us hard, in a good way. There such a great need and so many deserving people that just can’t afford to go to medical school. We are proud that we can help in some way.”

The Presidential Scholarship Initiative was formed after CU President Bruce Benson provided an initial investment of more than $10 million over five years help the School of Medicine recruit students from diverse backgrounds.

Since the program was created in 2010, the Presidential Scholarship Initiative has had a significant impact, leading to the creation of 40 new named scholarships, cutting the debt load for scholarship awardees and boosting the total number of medical students from backgrounds underrepresented in medicine enrolled at CU.

During the past year, more than 5,000 benefactors gave to the University of Colorado Anschutz Medical Campus and nearly $1.5 million was raised from donor contributions to the Presidential Scholarship Initiative for scholarships in the School of Medicine. To learn how you can support the next generation of physicians, visit giving.cu.edu.

Kenneth Atkinson, MD ’77, was a primary care doctor who owned a medical practice in Centennial, Colo. His friends and family say he was a regular guy, uninterested in accolades or

fame. Yet, for all his modesty, he had an outsize impact on those around him.

A former colleague, Linda Williams ’84, said: “Here’s Ken Atkinson sitting in a little private office on Holly between County Line and Dry Creek, going there day after day for over 30 years. Just changing lives, one at a time.”

In April 2016, Atkinson rushed to render medical aid to a victim of a domestic dispute in his neighborhood. It was his natural instinct to help a person in need. As he attempted to provide care, he was shot and killed.

His wife, Jeanne, said: “He went out of our house to the neighbor that day to be the best Ken Atkinson he could be. He was given the blessing of being a physician, and as part of that, it called him to go out of the house.” 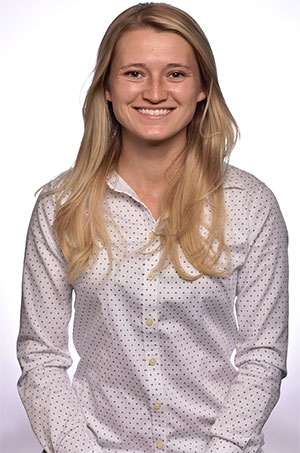 Following his death, letters from patients began pouring in. Each one detailed the impact Atkinson had on their lives. Jeanne remembered one patient in particular. “I got cookies and flowers delivered to my door on Easter, and there was this letter with it,” she said. “I didn’t know the person. The letter said, ‘I was a patient of Dr. Atkinson, and I’ve been sober for five years — he saved my life. Every year since then, I’ve taken him cookies on the anniversary of my sobriety, and I wanted to do the same now.’”

After a career giving to his community, Atkinson’s family, friends, patients neighbors sought a way to commemorate him.

Williams and another colleague, Ellen Burkett, MD, joined with Jeanne Atkinson, and others to establish the Kenneth R. Atkinson, MD, Endowed Memorial Scholarship. More than 100 benefactors gave to the fund to support future generations of students.

This scholarship was awarded for the first time in 2017 to Sofiya Diurba, a first-year medical student.

Sofiya’s family moved to Colorado from Ukraine when she was five years old. While her original goal was to study veterinary medicine, she ultimately pursued a career in medicine.

She chose the CU School of Medicine because of its Rural Track Program, a curriculum dedicated to fostering rural primary care physicians. “They get to do all kinds of procedures throughout their careers,” she said. “As a primary care physician, you have to be comfortable in a number of situations to help your patients that might not be able to get care close by.”

Dennis Battock entered medical school and quickly found he was at home in clinical settings. “I loved relating to patients and being in the clinic. It was so rewarding,” he said.

Following a residency in Brooklyn, N.Y., Dr. Battock “I think that on a subconscious level, I chose to become a cardiologist, in part because of my father’s illness." Benjamin, an anesthesiologist, died prematurely at age 50 of a heart attack when Dennis was 16 years old. 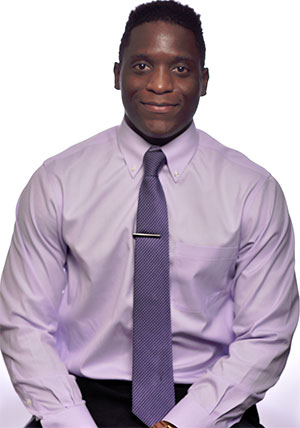 After completing graduate training in clinical pharmacology and cardiology, Dr. Battock joined the U.S. Army, serving at Madigan General Hospital in Tacoma, WA. He then returned to Denver, joining the cardiology faculty at the University of Colorado as a clinical associate professor of medicine. He subsequently entered private practice and founded Aurora Denver Cardiology Associates.

“Being on the board opened my eyes to the many needs of the university and, in particular, the medical students.” He said, “In my time, you could work enough over the summers to cover the costs. It as you go. I didn’t have any debt when I graduated. That’s just not possible now.”

Recognizing the need, he and his wife, Jo, created Dennis and Jo Battock Scholarship Endowment Fund in memory of Dennis’ father.

The recipient of the Battock Presidential Scholarship is first-year student Jahmel Jordon, a first-generation American whose mother emigrated from Jamaica.

Jahmel worked in where he developed an interest in becoming a doctor. “There was one patient in particular who had a zest for life, despite all the odds he faced. I’ll never forget that patient.”

The Battock Presidential Scholarship lifts some of the financial from Jahmel. “I have always dreamed of becoming a physician and now, through this scholarship, I am poised to excel at CU Anschutz.”

Clara Winter, MD ’66, met her husband William at the CU School of Medicine, which she says offered her a high-quality medical education and set her on track for a fulfilling career. For nearly 10 years, the Winters moved around the country before settling in Denver. 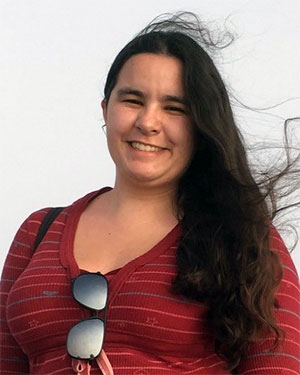 Clara Winter was an anesthesiologist. She worked in academic medicine at the University of and entered private practice when she returned to Denver. “I have had a very satisfying career, and I always enjoyed working with patients. Toward the end of my career, I worked with laboring mothers, which was very rewarding,” she said.

To honor her husband, who died in 1998, and his career in orthopedic surgery, she established the Winter Presidential Scholarship.

The Winter Presidential Scholarship was awarded to first-year student Sara Graves, who said she would not be able to attend medical school without financial aid.

“I almost withdrew,” she said. “I got a call about the scholarship on a Thursday and the deadline for submitting paperwork to hold my spot in the class was Monday. This scholarship was the deciding factor in me going to medical school.”

Sara moved to Colorado from the San Francisco area. She hopes to specialize in family medicine so she can work with a wide range of patients and focus some of her time on health-care policy. “I want to be involved in advocating for my patients, while also being able to care for them throughout the week.”