(November 2014) When the Anschutz Health and Wellness Center was still in the planning stages, Holly Wyatt, MD, who would eventually become its medical director, began to fret.

The $34 million state-of-the-art medical research and fitness mecca, a glittering metal and glass structure on the northwest corner of campus, would be opening in 2012 with a mission to transform lives. But could the center’s team really get the word out to the nation beyond traditional public relations and ribbon cuttings?

“It was one of those if-we-build-it-will-they-come [moments],” she says.

The team needed to go big and bold. What they needed to spread the center’s message a book and a reality TV show.

“State of Slim: Fix Your Metabolism and Drop 20 pounds in Eight Weeks on the Colorado Diet” hit bookshelves in August 2013. It was designed as a roadmap, told through personal stories, on how healthy eating could help a person shed pounds and feel better. It was by Wyatt and James Hill, , one of the nation’s leading nutrition and weight-loss experts and founding executive director of the center.

That left the vexing issue of reality TV.

Hill was unconvinced at first that the flash and often tawdry nature of reality TV could—or should—match the seriousness of the center’s mission.

A graduate of Baylor College of Medicine who arrived at the University of Colorado Medical School in 1993 as an intern and never left, Wyatt is an endocrinologist by specialty who has made it her life’s mission to study what works and what doesn’t in weight loss.

She knows the odds are stacked against most weight-loss efforts. Of those who lose 10 percent of their body weight, only about 20 percent to 30 percent will be able to keep it off a year later.

“Losing weight for an event, say a high school reunion, is an external motivator and there’s nothing fundamentally wrong with that. But you need to work on the internal motivator, too. You need to find the deeper ‘why,’” she says.

She also knows that “you cannot be on a diet forever.” She says food choice and portion size might do to cut weight in the beginning, but the body needs exercise to maintain. Her job is to help people find the right combination, with a healthy dose of introspection to go along with it.

Then, in a planets-aligning moment, “Extreme Weight Loss,” a Los Angeles-based reality show where participants battle not just the scale but also the emotional conflicts that come with obesity, started shopping for a new location.

“We always look for a story, for people ready to change. Our show is not about fat people. Our show is about getting healthy, so where better than a state known for its fitness?” says Matt Assmus, the show’s executive producer, about the decision to relocate to Colorado.

He was instantly impressed by the Anschutz Health and Wellness Center. “To have all of that science behind the show really elevates it to a new level.”

“It really fits with what we are trying to do here. We are about changing lives,” Wyatt says of the show’s philosophy. She serves as medical director for the show and makes sure participants are being safe in their rapid weight loss.

While she understands that TV needs drama, she likes that the show gives people the skills to cope once they are no longer on camera. And unlike other weight-loss reality TV shows, this one does not money to winning and it promotes long-term behavioral change by following people for an entire year. 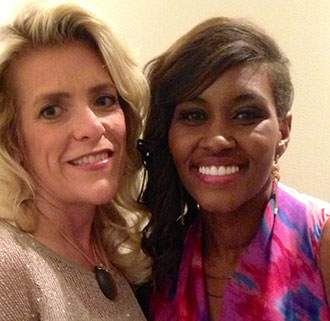 And bonus: The Anschutz Health and Wellness Center gets a national spotlight along the way.

Thirteen participants are picked for each season of “Extreme Weight Loss,” culled from letters written by people asking for help. Each participant spends 90 days in Colorado in a boot camp setting, working out in the center’s fitness room, learning from its nutrition staff, even getting personal counseling. The show then follows them for nine more months at their homes, keeping them on track and charting their progress.

In the first four seasons, 52 participants have lost a combined 9,000 pounds.

“I have yet to see one case that cannot be applied to the public at large. The same themes and lessons are there,” Wyatt says. “It may not be that you want to lose 100 pounds in 100 days. But you can use the messages from the show to lose 30 pounds in 100 days.”

Season five of “Extreme Weight Loss” began shooting in July. It is the second season shot in Colorado.

On a Sunday afternoon this summer, the newest group was led into the gym one by one. Lights glared and wires snaked through the room. A boom camera silently closed in to capture nervous faces and embarrassed voices.

“You good?” asks Chris Powell, the show’s host, to a rotund young man in neon shorts and animal-print tights.

The man nods and they walk together into the gym. It takes two tries to get the moment just right.

A blue scale is shoved in front of him. “Are you ready to take the first step?” Powell asks, pausing slightly for effect. The results are not good. Topping 300 pounds, the man grimaces, the cameras zoom and a goal is set: Lose 90 pounds in the first 90 days. That’s a pound a day.

“I’m mad at myself. All the wasted time I could’ve had a better life,” he says softly.

Since the show began to air, Hill has changed his mind. “I’ve come to embrace it,” he says of the show.

He praises Wyatt for seeing the potential of featuring the center on television and for her ability to connect with patients beyond just pounds lost and workout routines completed. “I think she is one of the best weight-loss doctors in the country right now.”

“I love Dr. Holly because she is so real. It just radiates off her,” says Charita Smith, a 33-year-old mother of three from Colorado Springs who lost half her body weight last year in season four, the first season the program was filmed at the Anschutz Health and Wellness Center. At 5 feet 7 inches tall, Smith dropped from 310 pounds to and fulfilled a dream of becoming a Zumba instructor.

“I ate for any reason. I ate if I was happy. I ate if I was sad. I didn’t know how to cope emotionally with my life,” Smith says about her rollercoaster fight against depression that began when she became pregnant the first time as a single teenager. She faced her past under the glare of the cameras and began to heal. “It wasn’t a quick fix,” she says.

Wyatt says she knows about determination and about picking yourself back up after a fall. She is now slim, but she has battled her weight in the past and feels a special kinship to anyone who struggles. “This is what I was meant to do.”