Can Exercise Change the Brain? 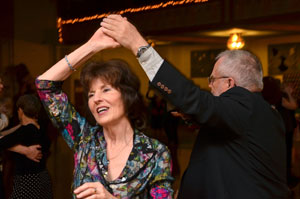 ( 2013) Mary Riffle starts each day with a series of deep stretches, spends afternoons in front of heart-pumping exercise videos in her living room, attends a strength and balance class twice a week, and ballroom dances regularly. At age 72, the north Denver resident is hardly letting Parkinson’s disease slow her down. In fact, she says, it’s a big incentive for her to keep moving.

“There is no question in my mind that I have slowed the progression of my disease through exercise,” says Riffle, who was diagnosed in 2006, promptly enrolled in a Parkinson’s-specific exercise trial at University of Colorado School of Medicine and has been active ever since.

In fact, according to a growing body of research by CU Professor Margaret Schenkman, , PT, exercise may combat Parkinson’s disease in more ways than once realized.

During the past 25 years, Schenkman has published dozens of articles related to exercise and Parkinson’s disease. Her studies, and those of have demonstrated that specific exercises can significantly slow and even reverse the hallmarks of the disease, including declines in spine mobility, lower extremity strength, flexibility, balance cardiovascular fitness. Now, she and colleagues around the country are exploring another compelling question: Could it also slow the neuron death that leads to such symptoms in the first place?

“We know we can improve physical function with exercise,” says , associate dean of Physical Therapy Education and director of the Physical Therapy Program for the School of Medicine. “What we are asking now is: Can exercise also change the brain?”

Parkinson’s affects roughly 1 percent of people older than and is believed to be caused by a deterioration of a region of the brain called the substantia nigra. Cells responsible for producing movement-controlling neurotransmitters like dopamine die off, resulting in slowed movement, rigidity, tremors and instability.

As recently as 30 years ago, neurologists believed that exercise could worsen symptoms. Schenkman was among the first to document that it helped rather than harmed and has since been instrumental in developing Parkinson’s disease-specific exercise protocols and conducting research to determine which kinds of exercise—aerobic, strength, balance, flexibility—are best for which individuals. But the idea of exercise as treatment has been slow to catch on universally. Today, some neurologists recommend it routinely to Parkinson’s patients; others don’t.

“For a long it was considered a soft and fuzzy approach, not a real treatment. Doctors would say, ‘Here is your prescription and oh, by the way, you should exercise,’” says Cynthia Comella, MD, a professor of neurological sciences at Rush University Medical Center in Chicago, who has been studying exercise and Parkinson’s disease for 30 years. “In the past five people have really begun to take a more serious interest.” 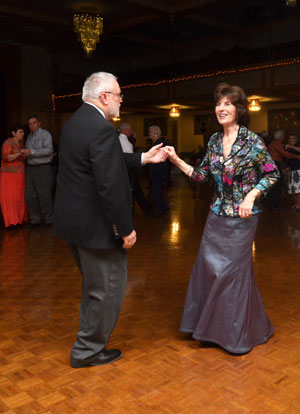 But does exercise slow brain degeneration in people with Parkinson’s disease? To find out, Schenkman would like to use neuroimaging approaches to see whether the brains of people who exercise differ from those who don’t. Before embarking on such an expensive trial, she must first determine what “dose” of exercise is appropriate.

This winter, Schenkman colleagues set out to do just that, launching a National Institutes of Health-funded, three-year, multi-site trial.

Investigators will recruit 126 people recently diagnosed with Parkinson’s disease who are not yet taking medication and divide them into three groups: one that exercises moderately, one that exercises vigorously and a control group that does not exercise for the first six months, followed by exercise for six months. The researchers hope to learn several things: Can people with Parkinson’s exercise that hard? Which intensity and frequency best? Does exercise delay the time it takes before medication is required? Are the impacts significant enough to warrant a subsequent clinical trial utilizing brain scans?

“It is cutting-edge research that could lead to changes in how we practice,” says , the study’s principal investigator.

Schenkman notes that while medication can alleviate Parkinson’s symptoms for the first five years, “they become a mixed blessing” as patients begin to develop side effects, such as repetitive and involuntary movements, and hallucinations.

“The best thing is to not start medication before one needs to,” she says. “If exercise can delay the need to start drugs, or reduce the dose needed, that would be tremendous.”