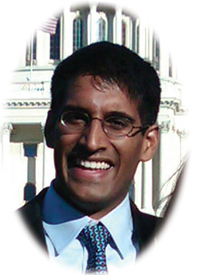 (May 2, 2011) A poster at the July 2010 International AIDS Conference juxtaposed the faces of former President George W. Bush and President Barack Obama with a caption asking "Who’s Better on AIDS?"

The answer to that question remains to be seen.

The global economic recession and the de-emphasis of HIV/AIDS treatment in favor of other global health initiatives to undermine the impressive results achieved thus far by the United States in treating HIV/AIDS in resource-limited settings.

In 2003, Bush authorized the President’s Emergency Plan for AIDS Relief (PEPFAR) with a five-year, $15 billion commitment toward prevention and treatment. In 2008, due to the tremendous success of PEPFAR, Bush and the U.S. Congress reauthorized PEPFAR for an additional five years, allocating $48 billion.

As of September 2010, PEPFAR has provided 3.2 million patients with life-saving antiretroviral treatment, prevented 600,000 babies from contracting HIV and supported the care of 11 million people, including 3.8 million vulnerable children. These impressive results warrant the or even tripling, of PEPFAR’s budget. Despite these successes, PEPFAR is under attack.

In May 2009, Obama unveiled a new global health initiative. Its architect, Dr. Ezekiel Emanuel, special advisor to Obama for health policy, recommended funding maternal and child health initiatives at the expense of future funding increases for PEPFAR. Emanuel claimed that PEPFAR "is not the best use of international health funding," and "fails to address many of the developing world’s most serious health issues."

Unfortunately, the new global health policies of the Obama administration resulted in a retrenchment in promised PEPFAR funding for new patients awaiting HIV treatment in Uganda. In effect, this led to HIV "treatment rationing."

To challenge the Obama administration’s HIV/AIDS position, I sought to demonstrate that policies that weaken PEPFAR threaten to undermine rather than support maternal and child health in countries with high HIV/AIDS prevalence. I published articles in AIDS and Science as well as opinion pieces in The Huffington Post, The Washington Post and The New York Times to provide an evidence-based critique of the Obama administration’s global health initiative.

I received a direct response in The Huffington Post from Emanuel. I hope that my advocacy, along with contributions of others including Archbishop Desmond Tutu, helped convince the Obama administration to recommit the necessary funds ($366 million) to continue antiretroviral scale-up in Uganda.

Global health is the moral litmus test of our time. As former President Bush wrote on World AIDS Day, "A thousand pressing issues come with each day. But there are only a few that you will want to talk about in retirement with your children. The continuing fight against global AIDS is something for which America will be remembered."