The Death of My Patient Last Week 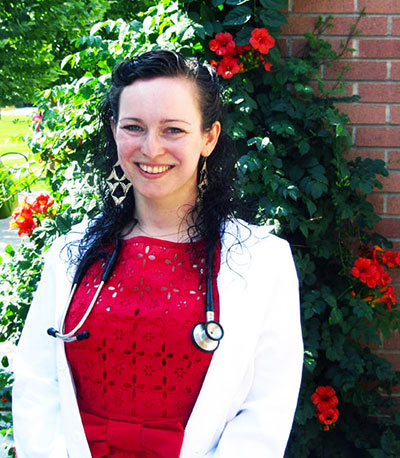 (May 2016) Eight days ago, my patient died. His name escapes me, though I used it many times in the hours that I knew him; its recollection is lost in the wash of biological details I collected and faithfully catalogued. The human spirit may exist beyond the material plane, but the mundane markers of daily wear are what we see and respond to. Like concentration camp prisoners stripped of clothes and hair, bereft of of the lives they had, there is an irrevocable loss of personality that occurs upon hospitalization. Patients replace their chosen clothing with hospital gowns and skidproof socks, carry machines in their flesh tethering them to information networks, require assistance in removing waste from their orifices. They merge into an undifferentiated mass of needs, one beast calling out from many beds, a smudge of human suffering distinguished only by the order in which their systems break down. I don’t remember my patient’s name because it was irrelevant; I instead remember the course of events that took him, the shocking CT scan, the failed surgical attempt, the pressors and traumas of the last hours. The detail of my documentation was in his death, not his life.

On hospital days, the dichotomy becomes unbearable: five physicians in a ward room, dressed exhaustively in professional gear, shoes shined, ties and badges abreast and clipboards in hand. We stand around the bed. The patient below us - barefoot, pasty, ungarbed. We talk to each other about the patient, in front of the patient, a convention unacceptable in the bright world outside. We tell each other how much salt is in their blood, how much blood is in their urine, how much urine they have produced in the past twenty-four hours. We speak in code about their perceived motives and desires. We tell each other what we think we should do, confirm and veto plans, roll the patient back and forth to hear various organs, examine tubes carefully. We make mental lists of things to do as we answer their questions, and rub antiseptic gel on our hands as we walk briskly out of the room to the next failing creature.

My patient who died eight days ago was a freshwater biologist before he retired. He and his wife enjoyed going to concerts and eating out around town. He died the night I admitted him, suddenly, unexpectedly, amidst much rancor between medical teams. There was blame to spare the next morning. I scrolled through his CT scans again and again, searching for a sign we’d missed on admission, a predictor of what the next twelve hours would bring. I didn’t see his body or his family; they were inaccessible, buried in the ICU behind a cluster of professionals. I wanted to see his wife - to do what? Cry with her? Apologize for laughing so casually the night before? Share my bewilderment, as though it could provide solace?

My patient’s CT scan from admission stays with me: the black and gray images of his colon, the hunt for signs of inflammation, the contested slide that might have showed dead tissue. I remember, too, his physical exam from the night before, his abdomen distended but not taut, tender to the touch in only a few places, his lungs clear, his ankles a little swollen. His feet were sensitive, from some longstanding nerve damage. I remember how much oxygen he needed and that his potassium was normal. I do not remember his name.

L.A. Kahn is a member of the Class of 2017 at the School of Medicine. This essay originally appeared in The Human Touch, a journal of poetry, prose and visual art by students, faculty and staff on the Anschutz Medical Campus.