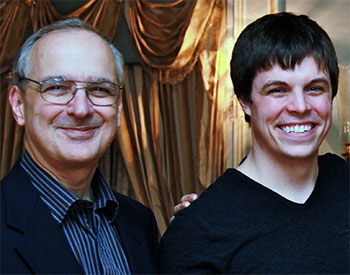 (November 2016) When Frank Accurso, MD, accepted a pediatric residency at the University of Colorado Health Sciences Center in 1974 and later chose the subspecialty of pediatric pulmonary medicine, he focused on patients with the recessive genetic disorder cystic fibrosis (CF).

“When I got into it, CF was really not understood and I felt intrigued by that,” says Accurso, a CU School of Medicine professor of pediatrics who retired in June. “Then I met the families and they showed such incredible courage in the face of a devastating condition that I wanted to help. I wanted to talk to them. I wanted to explain things as far as we understood them.”

Not only did Accurso explain CF to his patients and their families, helped improve their lives, as a pioneer and advocate for CF newborn screenings, as an innovator of new precision medicine treatments and as a role model for how to provide care.

“I am so incredibly lucky and grateful to have had Dr. Frank in my life to take care of me, ”says William Elder, Jr., MD. “Without him and his deep caring concern, I wouldn’t be able to be healthy enough to be a doctor. He has literally made my dreams come true.”

Elder was eight years old when he was diagnosed with CF and became Accurso’s patient. Elder remained in his care until Elder went to Stanford University as an undergraduate to study human biology and ethics in society. While in high school, Elder participated in a research project led by Accurso. Elder took part in a clinical trial for Kalydeco, a drug developed through efforts of the Cystic Fibrosis Foundation and Vertex Pharmaceuticals, Inc.

Accurso led a clinical trial that showed the new treatment helps about 4 percent of CF patients by targeting a genetic mutation and improving lung function. The New England Journal of Medicine published the results and Kalydeco was approved for use in January 2012.

Elder was one of those in the 4 percent. When Elder was sitting in class one day at Stanford, he received a call from Accurso, who was extremely excited about the potential of the new clinical trial. Elder enrolled and “it dramatically changed my life,” he says.

The Kalydeco was delivered to Elder’s house in a little brown box. He describes having a meal, taking the drug, going to bed and then waking up at 3 a.m. thinking that something felt different. “I realized that I couldn’t remember ever being able to breathe in and out of my nose—and I could then. So I go running down the hall and wake my parents up yelling, ‘Kalydeco is working! Kalydeco is working!’”

Elder’s sense of smell returned, he gained weight and he was able to run farther than ever before. He says he started coughing a lot less. Since taking the drug, his lung function has stayed around 100 percent.

Elder graduated this year from Wright State University Boonshoft School of Medicine in Dayton, Ohio, and has since moved back to California where he has started his family medicine internship at Sutter Health, affiliated with the University of California, San Francisco.

“He inspired me to be a doctor and empowered me by teaching me all about the disease and my care,” Elder says.

Over his 42-year career, research by Accurso and his colleagues have led to multiple discoveries about the workings of the disease, including the discovery of the CF gene. He helped develop precision medicine treatments that target defective proteins caused by specific mutations.

Accurso’s profound list of accomplishments — with patients and in the laboratory — has played a major role in the dramatic growth in life expectancy for people with CF: from 18 years in 1980 to between 37 years to 40 years today.

The Importance of Research 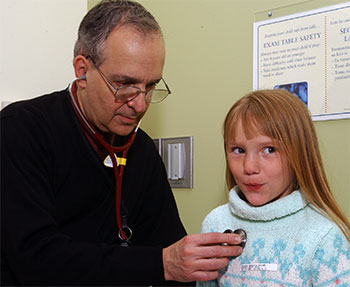 “Seeing how outcomes have improved for people with CF goes a long way toward demonstrating the importance of research,” Accurso says.

Treatment breakthroughs depend on research, and clinical research opportunities are fostered at the University of Colorado Anschutz Medical Campus by the CCTSI. Accurso estimates that about half of all CF patients treated at Children’s were also involved in clinical trials at the CTRC. Such investigations have improved lives for people with CF.

As a result of that research, there are now treatments targeting the underlying protein defect that causes CF rather than simply addressing complications of the disease. In addition to Kalydeco, which targets the mutation and improves lung function, another drug, Orkambi, was approved by the U.S. Food and Drug Administration in 2015, targeting yet another specific mutation in order to improve lung function. Accurso hopes that eventually, as many as 90 percents of those with CF will benefit from similar therapeutics.

Elder is living proof of the benefits of research and clinical care and he is carrying that message forward. During Elder’s third year of medical school, for example, he was invited to be a guest of the First Lady at the 2015 State of the Union Address. He later served as a guest at the President’s Precision Medicine Initiative.

While Elder has been an eloquent voice on the importance of research in medicine, he also notes that the personal touch matters and that Accurso is a role model.

“I’d also tell him he’s my hero,” Elder says, “but I’ve said that to him a few times already.”