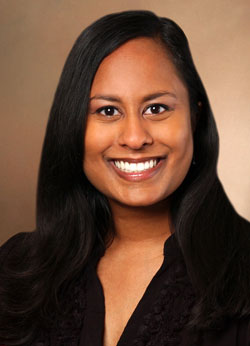 ( 2013) I was officially suffering from a mid-PhD crisis.

After years of working on my thesis, “norepinephrine-induced long-term modifications of rat olfactory bulb circuit dynamics,” I discovered my findings likely would never change the course of a disease.

I had chosen a great mentor and exciting scientific techniques. I spent hours in the lab. But I had apparently asked a clinically irrelevant question.

All this effort for what? Was all my hard work simply adding to the Encyclopedia Galactica?

So I launched a quest: What was the value of what I was learning? How could I explain the meaning of my work to the average taxpayer who, after all, was helping make my research possible?

Neuroscientists could understand that I was studying how the neuromodulator norepinephrine affects receptors in the olfactory circuit. That was great when I talked to my neuroscientist friends.

But what about everybody else? I could say I was trying to explain how the emotional circuits of the brain affect our perception of smell.

That understanding appealed to me as a budding foodie and wine enthusiast. Such information could be highly relevant to the food and beverage industry, too.

My thesis work found that a possible critical period in linking a smell with or emotion occurred in the first two weeks of a rat’s life, which translates roughly to the first year of a human’s life.

For example, babies of mothers who consumed anise during pregnancy were found to have a positive response to the odor of anise. Those not exposed to anise in the womb ignored the anise odor or reacted negatively to it. Mothers actively sculpt their future children’s odor discrimination abilities and their palates as a consequence.

While many forms of olfactory learning that are prominent in infancy wane with age, does that mean as we get older we cannot improve olfactory acumen to the level of a master sommelier?

The olfactory system is one of the few regions of the brain that produces new neurons, granule cells, in adulthood. Granule cells fine-tune odor messages from the nose before they are sent to higher processing centers of the brain.

A study out of a prominent Parisian lab showed that enriching your odor environment might increase the lifespan of these new neurons and improve a person’s odor memory. To my delight, such findings could justify tasting fine wines, dining on adventurous cuisine, even taking a trip to the Yankee Candle Company.

Sharpening odor perception may not be as powerful a finding as pairing a smell with , but it can, for example, improve your ability to describe the bouquet of a glass of wine.

The next time your wine snob friend asks how an oaked chardonnay smells, with your trained nose, you can respond it has the aroma of “a lush, moist northwestern Ewok forest covered in moss” as opposed to a less refined answer, “woody.”

My quest to find broader meaning for my thesis work succeeded. I had been searching for connections between smells and emotions and but found something else that still can improve our quality of life. And who knows what else I may find.

I returned to my bench with greater enthusiasm and an understanding that sometimes you need to step back to see the forest, especially when you don’t find the tree you were searching for.

Sruthi Pandipati Thomas is an MD/ candidate in her last year of training
who holds a in Neuroscience focused on olfaction. While she is training to
become a pediatric rehabilitation physician, she is also on the quest to become
an amateur sommelier.