Medicine Gets Personal at CU 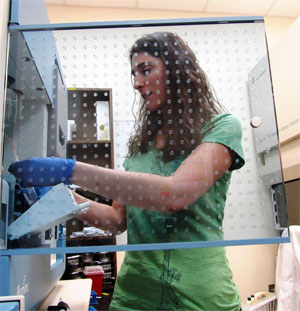 (May 2012) The patient required higher than expected doses of the drug warfarin to prevent clotting. Matt Taylor, MD, was concerned: Was the unusual dose caused by genetic factors or by the temporary use of another medication that was interacting with the warfarin?

If the patient went off the other medication, and if that other drug was the issue, her warfarin dose could be too high, potentially causing bleeding complications.

Taylor, an associate professor at the CU School of Medicine and director of the Adult Medical Genetics Program, used genetic testing to figure it out. He looked for DNA sequence differences in two genes that can guide dosing—CYP2C9 and VKORC1. The results argued against her genetic makeup causing the high warfarin dose. The patient now knew that when she went off the other drug she likely would need to reduce her warfarin.

It’s just one example of the growing realm of personalized medicine. From cancer to pulmonary fibrosis, cardiology to clotting, a person’s genes often can predict disease, confirm a diagnosis or guide treatment.

“Personalized medicine is not new but it is accelerating,” says David Schwartz, MD, chair of the Department of Medicine at the University of Colorado School of Medicine. “It may take a while but it’s going to explode and represents one of our next opportunities. It will have a profound effect in terms of clinical trials and treatments. The care of some of our most complex patients will be decided by their molecular attributes.” 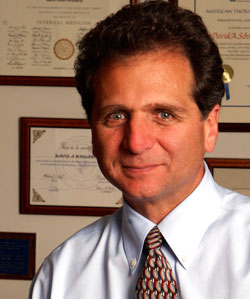 Schwartz and others caution that while personalized medicine means medical advances it also raises new ethical questions that will have to be carefully addressed.

The school of medicine and CU are moving into personalized medicine in a number of ways, both institutional and individual. A new center is planned to help support research; researchers are exploring personalized medicine; it’s being used for treatment and it’s part of the students’ curriculum.

One institutional step involves biomedical informatics—the ability to collect lots of clinical and biological data and crunch it.

Dr. Richard Krugman, dean of the medical school and vice chancellor of health affairs for the University of Colorado Denver, says that expanding biomedical informatics capability is a crucial step to competing in the research environment of the future.

“To do that, we will create two units,” Krugman says, “an academic division in the Department of Medicine and a center that will support the collection and analysis of the vast amounts of data that are the foundation of personalized medicine.”

The center will be housed in the Office of the Vice Chancellor for Health Affairs.

And Taylor, the doctor who tested for warfarin-related genetic variations, gives a lecture to medical students about pharmacogenetics: using genetic variations to guide drug therapy. Taylor tells his students that researchers have estimated that adverse drug reactions (which include more than genetically driven problems) are the fourth to cause of death in the United States.

This striking conclusion motivates researchers and doctors to move away from “one-size-fits-all” prescribing, Taylor says, to find ways of tailoring treatments to avoid adverse events and maximize health.

Personalized medicine is an interesting term. Much of medicine, after all, is “personal.”

But nine years after completion of the Human Genome Project, health care is entering a transformative realm by using “an individual’s genetic profile to guide decisions,” in the words of the National Human Genome Research Institute.

Personalized medicine is seeping into our culture. It has gained a “nearly cult-like following” in popular media, Steve Nissen, with the Cleveland Clinic, recently wrote in the Journal of the American Medical Association. His essay called for “the same scrutiny required of all therapeutic advances—careful evaluation through well-designed randomized clinical trials.”

Several companies now will analyze a person’s genes for a fee of a few hundred dollars. The topic has even hit television comedy. In the show 30 Rock, one character asks a quack physician, “When they check my DNA, will it tell what diseases I might get, or help me to remember my ATM pin code?”

The TV doctor’s answer: “Absolutely. Science is whatever we want it to be.”

It’s a joke, of course, but also a reminder that personalized while promising (and in some cases delivering) advances, won’t be “whatever we want it to be.” Genes aren’t everything. Environment and other factors can play big roles in what happens to a person. Some people are genetically predisposed to heart problems. But diet and environment can make a huge difference.

There are other questions as well—ethical issues, being discussed in CU classrooms and across the country, about of information and the implications of widespread testing.

What would result if all fetuses were tested for a range of genetic traits that inevitably would find harbingers of medical trouble? Imagine when that knowledge collides with the abortion debate. What if routine, broad genetic analysis began to unearth paternity surprises? What policies should guide a future society that can find and fix problematic genes or even enhance average ones?

Meanwhile, the research continues and is likely to grow at the school of medicine. Schwartz says the goal is to apply that research to help patients.

“The biggest problem is not developing the knowledge but understanding how these new insights about can be used to fundamentally improve the way we practice medicine and enhance the outcome for our patients,” he says. “While we are years if not a decade from being there, the opportunity is right there, tangible, in front of us.”