Lager Yeast and the Power of Curiosity 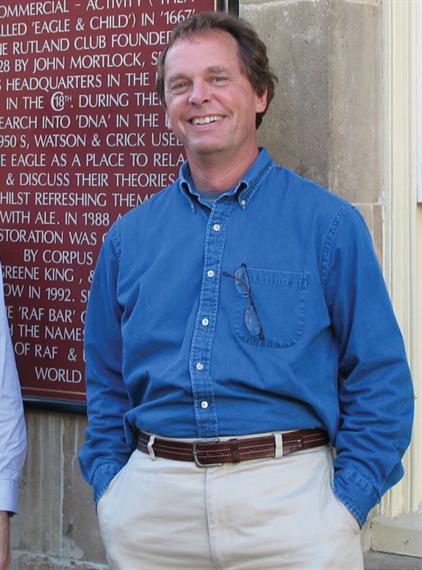 (May 2012) “Why are you studying beer instead of curing cancer?” As a basic scientist, I’ve been asked questions of that ilk many times. But never had the question been put that starkly. It was by someone who was helping publicize a recent discovery made in my laboratory. With collaborators in Argentina and Portugal, we discovered the genetic roots of the yeast that is used to brew lager beer. Our discovery attracted interest because of where we found lager yeast’s ancestor – in Patagonia.

That was because lager brewing was invented on the other side of the world. Bavarian monks discovered in the 15th century that brewing beer in the cold (“lagering”) gives it a satisfyingly crisp, clean taste. But lager brewing works best with yeasts that are adapted to the cold. Sometime in the 16th those monks stumbled across such a yeast—the forefather of today’s lager-brewing yeasts.

While the origin of the yeast that has been used for at least 6,000 years to brew ales has long been known, the provenance of lager yeast remained a mystery. Our discovery of its ancestor in Patagonia suggests that an early visitor to that part of the world (perhaps Magellan?) unwittingly brought it back to Europe, where it fell into a vat of wort and flourished, establishing the lager brewing industry.

Why were we studying beer? Well, we weren’t (more on that later). But why study anything?

Basic researchers will tell you that we just want to understand how things work, to discover how things happened, to learn why things are the way they are. We’re curious about nature, and don’t fret much about practical applications. But some of the most useful scientific discoveries are born out of curiosity about esoteric questions. Two stories illustrate this.

In 1960 Werner Arber set out to investigate how radiation alters DNA (surely a subject of potential practical interest during the Cold War). He chose for his experimental organism the common gut bacterium E. coli.

While experimenting with viruses that infect bacteria, he observed that viruses grown on bacteria of one lineage were unable to infect a different lineage of the same species. The virus was “restricted.” That was unexpected.

Curious, Arber took a brief research detour, which became his main road. After a 10-year journey, he discovered that bacteria possess enzymes that cut and render harmless the incoming viral DNA.

That discovery earned Arber a share of the 1978 Nobel Prize in Physiology or Medicine. Those “restriction enzymes” spawned the multibillion-dollar biotechnology industry and revolutionized genetics research, launching a 40-year era of discovery that brought personalized medicine to our doorstep.

My second story goes back to yeasts.

In the mid-1970s, Tom Petes, a researcher in David Botstein’s laboratory at MIT, exploited Arber’s “restriction enzymes” to determine which yeast chromosome harbors the genes for components of the cellular protein synthesis machinery. Petes knew that this was not going to make national (or even local) news. He was simply curious, (and also doing his bit to complete the gene map of yeast, a widely used experimental organism).

While presenting Petes’ results to a group of geneticists, it dawned on Botstein that the same approach could be used to determine the chromosomal location of human genes. That epiphany led to the first identification of human disease and provided the intellectual framework for mapping the human genome that is the foundation of personalized medicine.

Why are bacterial viruses restricted to a particular family of bacteria? Where do ribosomal genes map? These are questions of no apparent practical interest. Arber, Botstein Petes were basic scientists simply satisfying their curiosity about nature. In doing so, they changed the world.

So, why were my co-workers and I studying beer? As I mentioned, we weren’t.

We were gathering material for an intended study of the evolution of gene control when we came upon a detour that piqued our curiosity. Will discovering the origin of lager yeast the world? Unlikely. Will it lead to a practical application? You never know. But our curiosity is sated (for now).

Mark Johnston is a professor and chair of the Department of Biochemistry and Molecular Genetics at the University of Colorado School of Medicine and co-author of the book “Genetic Twists of Fate.”