Sifting the Records to See What Really Works 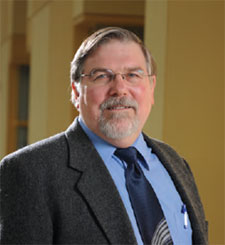 In early 2006 Dr. Wilson Pace, a longtime family physician-turned-researcher at the University of Colorado School of Medicine, popped into the office of his friend and fellow researcher, David West, and posed the question that had been simmering in his head for some time: What if someone could find a way to cull the medical records of millions of people to truly compare treatment plans and see what works best for individual patients?

Little did either know in that first, brief conversation that they were about to embark on a mission of comparative effectiveness that could ultimately help change the way medical research and patient care is accomplished in this country.

The timing was good. Some in Washington were clamoring for reform in the nation’s healthcare system. The old way of testing treatments and drugs through randomized clinical trials was expensive, took too long and was not inclusive enough.

“Policymakers want actionable results now,” says West, who holds a doctorate degree in medical sociology and is the interim director of the Colorado Health Outcomes program.

Doctors, too, were growing frustrated with the status quo. Without really knowing the best drug or therapy for a patient, they often relied on marketing information provided by drug companies or their own experiences with other patients who displayed similar symptoms. 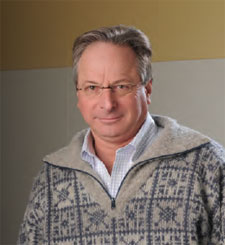 “We had nothing that compares [treatments] head to head,” Pace says, “I always knew I was going to do something, but do I do A, B or C?” It left him with the nagging thought: “We can do better than this.”

Based on a friendship

The two men, friends for two decades whose children had gone to preschool together, were well matched for the groundbreaking project they envisioned.

While both describe themselves as “pointy-headed researchers,” they each brought different focuses to the table. Pace’s interest centered on the physician and patient side, while West, once Colorado’s Medicaid director, was good at seeing the big picture and policy implications.

The notion of comparative effectiveness was already underway by researchers in some quarters who were studying treatments in large populations by analyzing insurance data. But West and Pace thought that only told part of the story because it only looked at what was paid for—not whether something else would have worked better.

What Pace and West wanted to do was create a collection of computer databases called DARTNet (Distributed Ambulatory Research and Therapeutics Network) that would anonymously tap patient records from medical practices—both big and small—to get a broader base for comparative analysis.

By digging deeper into actual patient records instead of relying on insurance claims, they would be able to know the severity of the ailment, the medical background of the patient, the length and type of treatment used and, of course, the outcome.

With that kind of they could compare treatment options based on much more specific criteria. For example, if they wanted to test the effectiveness of a diabetes drug for people over 50 with a history of heart disease and who may also be taking medication for depression, they could find patients who fit all of the parameters to study the drug’s results and compare them to other therapies. Doctors, then, would be in a better position to prescribe more individualized treatment plans with the best possible outcomes for future patients.

But even as their idea was taking shape in theory, the more practical obstacle of financing their research loomed.

Timing was on their side

In 2007 the federal Agency for Healthcare Research and Quality called for proposals to fund more efficient ways of medical testing and record gathering. The same year the Congressional Budget Office issued a policy paper calling for the exact same thing. The Colorado team was awarded a $1.3 million grant initially and then given another $1.6 million grant 18 months later.

DARTNet was becoming a reality.

Today it is one of only two systems of its kind in the country. The other system, operated out of Harvard University Medical School, is similar but culls its data from a managed-care network rather than the broader base of medical practices used by DARTNet. The Colorado system is able to collect data from 345 medical practices in 10 states from the records of 4 million patients.

Today the Colorado project has emerged as a model for others around the country.

The concept is not without controversy. In the heated climate surrounding the health-care debate, some critics remain deeply suspicious of any system that dives directly into patient files. There is a fear that this could somehow violate privacy or that the information could fall into the wrong hands.

Some also worry that the comparative analysis will be used solely as a cost-saving measure by number crunchers looking for the cheapest drug or treatment rather than the best plan for individual patients.

Pace understands the fears but thinks they are misplaced. On the privacy he says DARTNet will actually provide more anonymity and safety than past methods because when a search is performed the system only looks for small, relevant details that make it virtually impossible to reconstruct the identity of an individual patient.

He is also confident that in the long run it will save significant money because it helps identify treatment plans for individual patient populations; there will be fewer dollars spent on trial and error.
"What comparative effectiveness is really about is understanding the nuances of care," Pace says. "It gives doctors better information to make decisions."

One of the first DARTNet projects looked at the safety and effectiveness of different oral medications for certain diabetic patients. The finding showed that all of the medications were basically equal, including those that cost much less than the leading ones. In addition they discovered that one of the medications was associated with liver disease in some patients.

Both men say there is an enormous need in this country to unlock and disseminate medical information. At the same time the Obama administration has placed a priority on creating better efficiency in medical treatment. DARTNet has the potential to solve both problems.