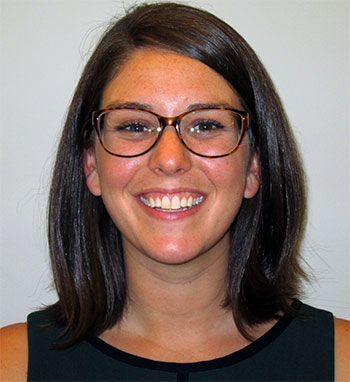 (November 2016) Before I was a medical student, I was a student of public health. In some ways, I believe this is how all medical students should start their careers—learning what happens before our patients show up at the hospital.

For four years, I studied epidemiology during the day and knocked on doors in public housing units during the evening. I spent hours interviewing residents about their home environments and how that environment affected their health.

Each participant shared a unique story filled with family, diverse languages, and all too often trials of having a chronic disease. The everyday obstacles that my participants had to overcome just to get to work, feed their children, or take care of their chronic disease were immense and taught me how important patients’ resources outside of the hospital were to their health.

When I started medical school, I knew I was interested in oncology but was determined to never forget the lessons I learned in public health. Last fall, when I met Adam Green, MD, a pediatric oncologist with Children’s Hospital Colorado, he described how disease disparities driven by social factors such as race/ ethnicity, insurance status, and language are a major concern in oncology, and I knew I wanted to understand more.

To date, researchers have documented numerous disparities in cancer. African-American women have a higher incidence of a highly aggressive form of breast cancer, and African-American men have a higher incidence and risk of mortality from prostate cancer. Both Latina and African-American women are more likely to contract and die from cervical cancer. Because cancer is the second leading cause of death in the United States and is expected to surpass cardiovascular mortality in the near future, I feel that we have a moral imperative to understand what is driving these disparities.

Adolescents and young adults are particularly vulnerable to socioeconomic-driven disparities. Dr. Green and I were curious whether the disparities seen in older adults with cancer were persistent in this population. Using the Surveillance, Epidemiologic, and End Result (SEER) database, we explored differences in survival between different racial/ ethnic groups and types of insurance coverage.

We found racial/ethnic disparities in survival among adolescents and young adults in many cancer types. These disparities were partially, but not fully, explained by differences in insurance status and stage of cancer at presentation, suggesting influences of both socioeconomic status and tumor biology on the diagnostic and treatment processes. Insurance status was independently associated with increased risk of death in many cancer types, further suggesting the influence of socioeconomics on poor survival outcomes.

It is difficult to address disparities in cancer because a multitude of factors, including access to care, environmental exposures, health behaviors, trust in the medical system, social support networks, and biology, drive the observed variability in cancer survival. What we do know, however, is that the cumulative effect of these stressors to lower survival rates among certain populations.

This June, I presented our findings to the 2016 American Society of Clinical Oncology (ASCO) conference in Chicago. There are advances being made in targeted molecular therapies, immunotherapy, and cell therapies. But throughout the conference, I kept thinking we have a duty to ensure that these advances in oncology technology are met with advances in support for vulnerable patients.