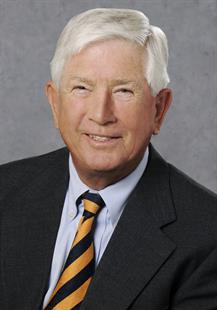 (December 2015) Wag Schorr, MD ’63, says he grew up as a “ranch-raised kid” on the Mexican border in Arizona in the 1940s. After finishing medical school at the University of Colorado, he figured he’d return to his roots in small-town Patagonia, Ariz., to serve as a family practice physician.

But, near the end of his CU medical training, the course of his life changed when he assisted in the care of one of the first kidney transplant patients and worked on transplant programs in England.

“I decided that was the world I wanted to live in,” Schorr says.

That world, filled with what he calls “an extraordinary explosion of medical science,” drew him back to Colorado for a career in medicine. In the meantime, Schorr and his wife, Annalee, sprinkled their time with impressive accomplishments. They hiked in the Himalayas and summited Mount Kilimanjaro. He helped advance dialysis treatment. He served in the U.S. Army. They raised two children who themselves now practice medicine in Colorado.

Among these achievements, Schorr’s lifelong relationship with the University of Colorado resonates most strongly.

So the Schorrs established the Schorr Family Medical Scholarship Fund in February with a $1 million estate commitment that will support students seeking medical degrees.

Schorr says CU left an indelible mark on his life. He earned his medical degree in 1963 and returned for his residency and year of fellowship and then joined the medical school faculty. He established the renal unit at Denver General Hospital, created a private practice and later served on the school’s admissions team.

There he encountered bright, accomplished young students and saw some students struggle financially. As a result, he and Annalee considered how they could support the university, its students and future doctors.

“All these bright young people that I’d been interviewing for medical school come from a great variety of backgrounds, some of them pretty challenging,” Schorr says. “They are able to change themselves, recreate themselves. I think it’s an extraordinary opportunity. And that’s why we feel the need to support this.”

Schorr, who is president of the CU Medical Alumni Association’s board of directors, hopes his family’s philanthropy will encourage others.

The Schorrs’ generosity is a “full-circle gift,” says Scott Arthur, vice chancellor for advancement at the Anschutz Medical Campus. “The whole notion of giving back to what gave him so much is special. It’s really about giving them the opportunity to give joy to themselves and also to future students.”

Schorr says his time at CU was more than joyous. It was transformational.

“The CU School of Medicine—apart from my marriage—was perhaps the key event and driver of where I ended up,” he says. “Thank you, CU.”

‘A Very Easy Thing To Do’: IRA Giving Is Simple, Savvy

When Wag and Annalee Schorr examined their retirement finances, they learned their IRA would be subject to hefty taxes if inherited by their children and grandchildren.

So in February, they established the Schorr Family Medical Scholarship Fund, which they are endowing with a $1 million bequest through their IRA and funding now with a $5,000 gift each year.

“It’s structurally a very easy thing to do,” he says.

The Schorrs can use their retirement as they want to now and when they have passed on, a of their IRA will benefit CU with no tax repercussions.

“We don’t want this gift to occur too quickly,” Schorr says, laughing. “In its proper time, that asset will go to a very good cause: the CU School of Medicine.”

Alumni and friends of the university can also benefit from such gift planning and from gifts of other assets, including business ownership and real estate.

“The Schorrs’ generosity sets the stage for others to show philanthropy’s collective power,” says Amanda Brodie, senior director of gift planning and leadership giving for CU Anschutz. “They’ve demonstrated that giving makes sense financially and is a very easy and straightforward process.”

To learn more about bequests and gifts to the School of Medicine, contact Amanda Brodie at amanda.brodie@cu.edu.