A New Lens on Life 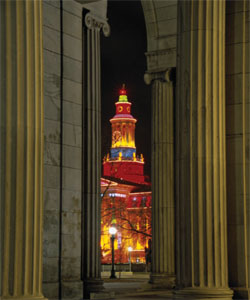 Look, down there by the railroad tracks along Aurora’s Smith Road. In the slanting rays of the early morning sun, a spry fellow is darting around with a camera. He stops, photographs some words on the side of a parked boxcar, then moves on to another and another.

Finally, the man climbs into his own car and drives the short distance to the University of Colorado School of Medicine. There, he slips into his white coat—and into his other world, the one where he sees patients and teaches students. The one where he’s Robert Anderson, MD, chairman of the Department of Medicine.

Or, was — Anderson has just retired, after serving 41 years at the medical school. The search is on for his replacement.
Anderson, 66, is conducting a search of his own — for a space in Manhattan where he can set up a photography gallery featuring his own award-winning work and that of others. The hope is to break even in two years. New York, he says, is the place to be for galleries — and for photographing street scenes.

It will surprise nobody who knows Anderson that he intends to prowl the big city just as he did the mountains of the West and the rail-yards of Denver, looking for that special photograph.
It might also be unsurprising that Anderson didn’t want this article to focus on his medical career.
“I never felt like I had a job,” is about all he’ll offer. “It’s been rewarding, interesting and fun.” 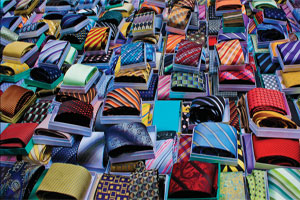 Anderson has had passions beyond medicine and photography. For 35 years, he raced bicycles. Once he joined a group that was riding part of the Tour de France route. He still can name the landmarks along the way.

And photography? There was no “aha” moment. He saw some books of Great Depression photographs, got interested and started packing a camera everywhere he went. He read about technique and lighting, attended workshops, studied how artists composed paintings.

Photography fits a part of him that enjoys solitude.

He camped out at 20 below zero to get an early morning mountain shot. He roamed city streets at night, turning photos of neon signs and glowing buildings into a book called Denver After Dark. He’s spent three years photographing those boxcars on which people — drifters, probably — had written messages. The sentiments range from “Happy Mother’s Day” to “Torture, as American as apple pie.”

“When I was doing primary care, I could walk into a room and tell if life was good for that patient or not. It’s the Gestalt you had after five seconds of observation.”

With photography, too, you have to pay attention.

“There is always something there,” he says, talking about photography but perhaps also describing something approaching a life philosophy. “You can always find something.”

Dr. Anderson didn’t want a traditional photograph of himself to accompany this article, so we’ve included his photograph of the Chrysler Building.