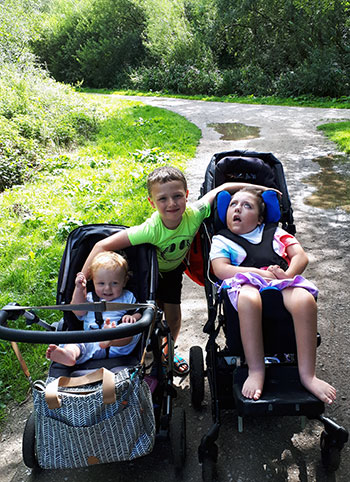 (October 2018) Joseph Kendrick was born on May 9, 2009, in the United Kingdom, where doctors believed he was a healthy baby. Within the first week of his life, he started to show some concerning traits. He was quiet and stopped feeding. Ultimately, he fell into a coma. He was soon diagnosed with nonketotic hyperglycinemia (NKH), a rare genetic disorder that affects nearly 1 in 60,000 babies worldwide. NKH is caused by a defect in the enzyme system that breaks down glycine, and results in a dangerous accumulation of glycine in the body’s tissues and fluids.

Joseph was given 10 days to live.

“We were absolutely devastated. Every day we would stand around our little boy’s cot praying that he would wake up, open his eyes or cry,” said Joseph’s mother, Emma.

On day 13, Joseph woke up and began acting like a normal baby. His parents could hold him and feed him through a feeding tube. Things seemed to get better, but the NKH diagnosis clouded the family’s optimism. After a month, Joseph was able to go home.

NKH unfolds in several stages soon after birth. Within the first several days of life, a baby with NKH will become lethargic, and may have seizures and fall into a coma. Within two or three weeks, the child will spontaneously get better.

“This is one of the rare instances where the symptoms of a genetic disorder seemingly get better on their own,” said Johan Van Hove, MD, PhD, who practices at Children’s Hospital Colorado and is a professor at the CU School of Medicine. As one of the few physician-researchers in the world dedicated to NKH, he travels internationally to visit patients and has seen several hundred throughout his career. “While many pediatricians may see a couple NKH cases in their careers, I’ve seen over 400,” said Van Hove.

In 2003, Van Hove joined the University of Colorado to continue research in pediatric genetics. First, he started looking at the genetics of NKH patients to get an understanding of which genes were malfunctioning in patients with the disease. Van Hove also started clinical studies that demonstrated NKH patients fall on a spectrum, determining that there are two categories of the classical form of NKH: severe and attenuated. “This was a large shift in thinking because we now know that patients with attenuated NKH can make some developmental progress,” said Van Hove. 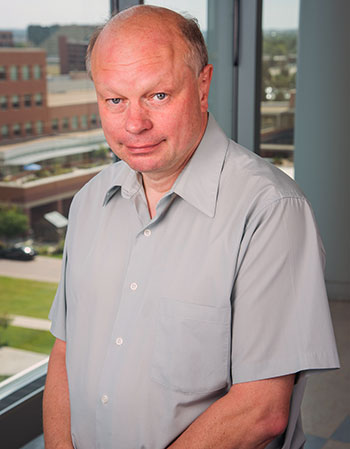 Today, patients are primarily treated with benzoate to reduce the amount of glycine in theirbodies, which helps prolong life. This treatment option begins only after birth. But with the latest genetic testing, an NKH diagnosis can now be made in utero.

Van Hove is currently researching ways to improve the quality of life for those with NKH to find early intervention therapies to keep children with NKH in the attenuated form where they will be able to make developmental progress. Van Hove hopes to accomplish this by finding chaperone molecules that can stabilize a patient’s genes and keep them in an attenuated state.

The Kendrick family has adjusted to life with NKH, and they are hopeful about the future. Through Joseph’s Goal, a nonprofit dedicated to NKH research, they are increasing awareness about NKH and raising money for research like Van Hove’s. “Philanthropy is everything,” said Van Hove. “There would be no research without it.”

Much of Van Hove’s work is supported by Joseph’s Goal and several other organizations around the world that have benefitted from his care. In the United States, NKH Crusaders is also supporting his work. These organizations are often started by dedicated family members after their own children are diagnosed with NKH. “Joe has shown us he wants to fight all the way, and we are determined to fight on his behalf to create awareness of this devastating condition, find better treatments for him and other children with NKH and, hopefully find a cure,” said Joseph’s parents, Paul and Emma Kendrick.