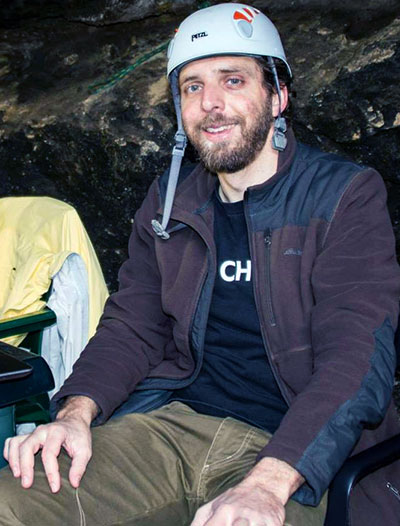 (May 2016) As a in paleoanthropology, my primary qualification for employment at a medical campus is the ability to properly name human body parts (I teach gross anatomy). But my research examines the evolution of human anatomy and behavior documented in the fossil record. That record indicates that humans (Homo sapiens) are the sole survivors of a once a bushier “hominin” family tree, which included other species of our own genus Homo.

We have long known that Homo was preceded by more ape-like genera such as Ardipithecus (two species found in Ethiopia between 5.2 million-4.4 million years) and Australopithecus/Paranthropus (several species in East and South Africa between 4.1 million-1.2 million years ago). The earliest Homo specimen is 2.8 million years old, and subsequently proliferated into a half-dozen species or more. The earliest (Homo habilis and Homo ) appear in Africa, but by 1.8 million years ago, the intrepid Homo erectus dispersed across Africa and Eurasia.

Early Homo used stone tools, and scavenging and hunting were part of the lifestyle. Such behavioral shifts contributed to the evolution of the reduced jaws and teeth that characterize our genus.

Relatively late-surviving Homo representatives include the Neanderthals of Europe and the Middle East, the diminutive and isolated “hobbits” from Indonesia (Homo ), and a mysterious lineage known only by DNA from a finger bone found in a Siberian cave (the Denisovans). Some archaic hominins overlapped in time with Homo sapiens (who appear by ~200,000 years ago) and may have interacted with humans.

Many details about the anatomical and behavioral transitions at the root of Homo have remained obscure, but a recent discovery offers unprecedented insights. Last year, along with an international team led by Lee Berger of Wits University, I was invited to study a cache of bones found deep within the Rising Star Cave in South Africa. Over 1,500 specimen a minimum of 15 individuals ranging from infants to the elderly, and these are distinct enough to name a new species—Homo . 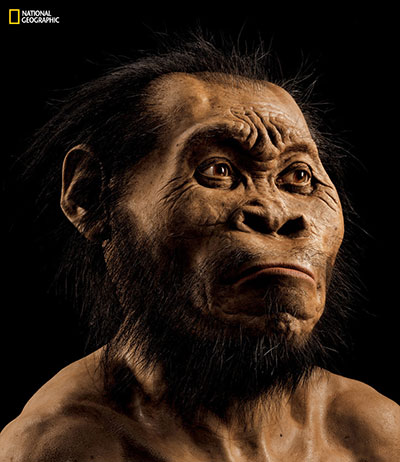 The geological age is uncertain, but the overall primitive pattern of morphology suggests the lineage
may have diverged early in Homo evolution. The skull has a low-lying contour with pronounced brow ridges, no chin, and a small brain cavity (just over one third the size of a human’s). Nevertheless, small jaws and teeth place it within the genus Homo. A mix of ape-like and human-like traits characterize the shoulders, hips, and hands. The wrist shows undeniably human-like features facilitating grips that make us adept tool users. However, strongly curved fingers and a rather ape-like shoulder reflect a robust capacity for tree-climbing. In contrast, the lower limb indicates a bipedal gait.

Indeed, Homo demonstrates that primitive members of Homo were still occupying two and that the anatomy was adapted in compromise.

How the Homo skeletons came to occupy Rising Star remains a mystery. Many bones were in articulation and almost no other animals were recovered. There is no evidence that bones washed in or were transported by carnivores. The chamber is difficult to access, requiring long crawls through tight spaces. Although controversial, the “least bad” hypothesis is that bodies were dragged in (with difficulty) for disposal or possibly ritual. If substantiated, it may provide a glimpse of ancient funerary practices.

Fossils are still being recovered from Rising Star, and new sites are discovered at a rapid pace. finds combined with breakthroughs in the study of morphology and ancient DNA ensure more surprises to come. It is an exciting time to be a scientist studying human evolution, and it is an honor to represent CU Anschutz in that endeavor.

Caley M. Orr, , is an assistant professor in the Department of Cell and Developmental Biology. This essay is adapted from a public lecture given as a part of the 2016 Science Lounge series at the Denver Museum of Nature and Science.
National Geographic photo by Mark Thiessen.