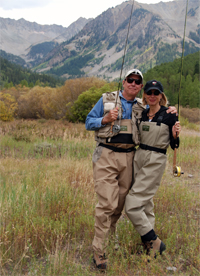 (October 2011) A surveying team was working on a glorious October afternoon in 1970 near what would eventually become the Eisenhower Tunnel in Colorado’s Rocky Mountains. Suddenly, a twin-engine propeller plane roared low overhead, then slammed into the trees.

As Kirch pulled bodies from the mangled plane that was carrying the Wichita State University football team, the beginnings of a life calling began to take shape. Thirty-one of the 40 onboard died. Most were about Kirch’s age.

“The horror of that experience and the feeling of helplessness was a very focusing event,” Kirch says today. “It made me realize that life is serious and fragile. We should all do our very best in everything we do, and we should do something meaningful.”

Kirch, who had been taking a break from college, returned to the University of Colorado, shifting his gaze ultimately to medicine and earning his degree from the CU School of Medicine.

Forty-one years later, Kirch has become one of the most respected and influential medical voices in the nation. Now 62, he has built a dizzying resume, culminating his current position as president and chief executive officer of the Association of American Medical Colleges (AAMC), which represents all 135 accredited U.S. and 17 Canadian medical schools, and hundreds of teaching hospitals, health systems, and academic and scientific societies. 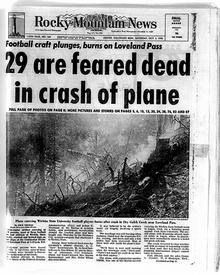 Leading the AAMC, where he can mold education and help shepherd the country’s medical future, is a dream job, he says. The AAMC will hold its 2011 national conference in Colorado, a state where Kirch vacations often and where he plans to retire.

Previously, Kirch was dean of the medical college and CEO of the Milton S. Hershey Medical Center at Pennsylvania State University. He also served in leadership roles at the Medical College of Georgia and at the National Institutes of Health.

Kirch’s expertise is in psychiatry and neuroscience; his passion is in the world of ideas. The latter, he says, comes from his parents, especially his father. With only an eighth-grade education, the elder Kirch instilled in his three sons a deep curiosity, a strong work ethic the ambition to aim high.

“We understood that education was the key to opportunity,” Kirch says.

He worries that higher education is under assault not only from those who devalue it by calling it but also by what he sees as a governmental abandonment of its financial commitment. Families of modest means, as was, may no longer be able to help launch their children’s dreams because has become unaffordable.

The person who knows Kirch best—his wife of 27 years, Deborah Kirch, with whom he has two daughters—says her husband is mindful of others’ but is unafraid to gently push the boundaries of conventional wisdom and the safety of consensus.

“He is one of the most honest people I have ever known. His work ethic is unbelievable,” Deborah Kirch says.

These traits have come into play as Kirch has become a leading voice in the national health care reform debate.

“What we have in the U.S., sadly, is fundamentally unjust,” he says, “We have created a nation of haves and have-nots.”

Richard D. Krugman, MD, dean of the CU School of Medicine, has followed Kirch’s career. That Kirch has emerged as a calm, reasoned figure in the sometimes heated health care debate does not surprise him.

“He has done a good job of articulating the high ground of what the future should look like,” Krugman says.

What especially impresses Krugman is Kirch’s ability to strip away politics and punditry and stay focused on the moral obligation to provide the highest quality patient care.

As for Kirch, it’s clear that the young man who sprinted toward a burning airplane many years ago has brought the lessons he learned that day to bear in his work.

Look here for information about the AAMC meeting in Denver >>​