Tracking Diseases Around the World and in Colorado 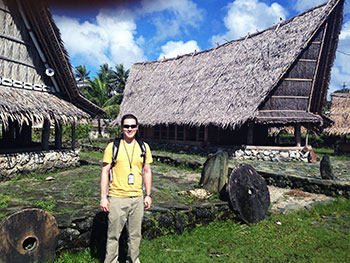 (May 2018) Straight out of residency and searching for a way to pursue his combined interests in epidemiology and neurology, Daniel Pastula, MD, MHS, joined the Centers for Disease Control and Prevention’s office in Fort Collins in 2013 where he tracked diseases spread by ticks, mosquitoes sand flies.

What he expected to be mostly a desk job – his supervisor told him he would not travel often – changed with sudden outbreaks of several arboviruses. No longer tied to his desk, Pastula trekked to Missouri, Micronesia, Fiji, the U.S. Virgin Islands, Georgia, Ohio and finally Puerto Rico.

During his  Pastula met with physicians, patients and public health officials in remote locales, and he spent more than a few sunless days in hospital basements.
“That’s where they usually keep medical records,” said Pastula, now a CU assistant professor of neurology, infectious disease epidemiology who was recently appointed to the Colorado Board of Health.

While digging deep into dusty contents of those buried records, Pastula nurtured his disparate interests of neurology and epidemiology, an unlikely combination that few neurologists are also epidemiologists.

“I always thought I’d have to pick one or the other – either neurology or public health – because very few people I know of both.”

“I Liked Talking to People”

In high school and college Pastula became captivated by the book “And the Band Played On” about the HIV-AIDS epidemic during the 1980s.

“I thought it was fascinating how all these public health experts were able to piece together the cause of the outbreak just by meeting with clinicians and patients, sometimes in their homes, and systematically asking all kinds of questions. That’s really what got me interested in public health and epidemiology.

“I already knew I was interested in science and that I liked talking to people. I just didn’t know all the ways one could put them together.”

One clue came during a neurology lecture in his first year of medical school at Duke University when the instructor discussed the epidemiology of amyotrophic lateral sclerosis (ALS) including clusters of the disease discovered in Guam, the Kii Peninsula of Japan, and among Italian soccer players.

Pastula stayed after class to talk to Richard , MD, , who in turn invited him to spend time in his ALS clinic.

“My first clinical experience ended up being in the ALS clinic learning about ALS and neurology but also about its epidemiology. I did my other core rotations, but I kept coming back to neurology and working with Dr. Bedlack.”

He stayed an extra year in medical school to earn his master’s degree in clinical research by studying ALS epidemiology. During that time he asked mentors and friends about choosing between neurology and public health.

“Several people said ‘Why don’t you both?’”

After a residency at of California, San Francisco, Pastula decided that the CDC seemed like the ideal place to do that.

Much of Pastula’s time as a CDC Epidemic Intelligence Service officer was spent among teams of researchers focused on measuring and curbing the spread of disease around the United States and the world.

He loved the teamwork and the opportunity to immerse in local culture while traveling in remote areas.

“We’d go to the local restaurants and try to learn language. You’d get laughed at a bit, but then everyone appreciates you trying. I made friends in various places.

Pastula was often at a site during the height of an outbreak, and the disease cycle could be hard to watch. He especially remembers the chikungunya virus outbreak in Micronesia. 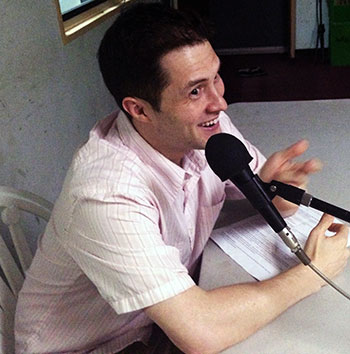 “A large portion of the population was just really sick. They couldn’t walk and had horrible fevers and were bedridden for days to weeks. That was really hard to watch. So was the Guillain-Barré syndrome cluster in Fiji, where a handful of people were paralyzed and on ventilators. It’s hard to watch what people with Guillain-Barré go through here in our hospital, let alone in some rural areas of Fiji.”

In 2016, one year after joining the University of Colorado, the Puerto Rican Department of Health and CDC asked Pastula to assist in developing a surveillance system in Puerto Rico to determine whether the Zika virus, which was just hitting the island, was related to clusters of Guillain-Barré. So Pastula and his public health colleagues from the Puerto Rican Department of Health and CDC designed a system that allowed clinics and hospitals to report cases of the syndrome. He spent weeks collecting medical records for baseline numbers.

As a result, several papers were published showing that the Zika virus is probably a risk factor for Guillain-Barré.

“Not that Zika causes the syndrome in everyone, but it seems to contribute to an increased risk in Guillain-Barré. Exactly how that is, we don’t fully understand. We suspect it might be an autoimmune mechanism, where Zika virus may trick the body into attacking nerves.”

Despite the outbreak of so many viruses in the past few years, Pastula says many of them have likely been around for a while but have become better recognized.

“I think a lot of the diseases have been there for centuries and I think we’re just now defining them. Maybe what everyone historically called malaria wasn’t always malaria at all and we’re just finally identifying it correctly now. That being said, as populations move closer to animals and areas that humans haven’t typically lived, are we going to see new diseases? I think that’s possible. It definitely shows the importance of public health, epidemiology and surveillance. The only way we’re going to know about new outbreaks is through good public health surveillance.”

For vector-borne diseases, he advocates prevention techniques - long pants, long sleeves, socks, insect repellent, air-conditioning or window screens indoors, removal of standing water - which can foil many arboviruses, and he faithfully adhered to them while on the road because the chance of contagion was high.

“The first rule of an outbreak investigation is don’t get the disease that you’re studying,” he said. “I was walking around in 95 , humid weather in long pants and insect repellent.”

Does that mean no tropical vacations?

“Not at all. But I think my family rolls their eyes at me a little because I’m constantly saying ‘Wear insect repellent.’”

In his position on the state board of health, he’ll be called on to use his expertise to help limit infectious outbreaks, but he’s also become familiar with a broad range of issues facing the board, such as community paramedic programs assisting rural patients with chronic disease care and updating the food safety code to match evidence-based federal guidelines.

“I thought it would be a good way to use my skill set to give back to my state.”

After traveling the globe fighting disease, Pastula largely concentrates on Colorado, where West Nile is the most common arbovirus. He’s also been involved in treating and researching a cluster of acute flaccid myelitis possibly associated with enterovirus D-68 that affected children in Colorado.

As a consultant, Pastula could be recruited to travel again to help with a crisis.

“At the end of the day, if I can be of help anywhere, I’m happy to go and do whatever is needed.”