Throughout the history of the University of Colorado School of Medicine, our graduates have made a impact. Each year the Medical Alumni Association bestows three awards on distinguished alumni who have performed outstanding research, filled positions of significance and served their communities in extraordinary ways. We honored this year’s award recipients at the Silver & Gold Banquet earlier this year.

The Silver and Gold Award 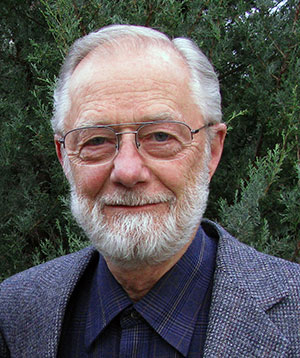 The Silver and Gold Award, the association’s highest honor, recognizes excellence in hu-manitarianism, citizenship professionalism for outstanding service to the community and contributions to the art and science of medi-cine. Fonken was selected for his remarkable contributions to the field of medicine, steadfast commitment to the alumni association and humanitarian work throughout the world.

Fonken, president of the Class of 1959 and an ophthalmologist, has regularly supported the Medical Alumni Association and the School of Medicine. He served on the alumni board of directors for 11 years and as president of the association for three years. He was a dedicated member of the admissions committee, which he describes as “a humbling experience” due to the quality of the applicants. He is a member of the Heritage Society and of the Dean’s Circle. One of his outstanding contributions was spearheading, with help from colleagues, the Stethoscope Sponsorship Program. The fund provides a stethoscope to each incoming medi-cal student at the School of and has become a beloved tradition and fixture of the student experience.

Fonken chose ophthalmology because, as he puts it, “the eye is a fantastic extension of the brain.” After medical school, Fonken served two years as general medical officer in France. During the 1980s, he spent time in Sierra Leone where he served as a cataract sur-geon, treating children with afflictions such as glaucoma and parasites in the eyes. He contin-ued his humanitarian service in Mexico in the early 1990s. Fonken had a private practice in Denver before returning to his native Fort Col-lins, where he practiced for 24 years. During that time, he was an assistant clinical professor at the University of Colorado Hospital.

Fonken lives in Fort Collins with his wife Elaine. 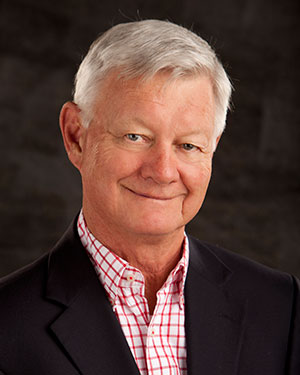 This award is given for outstanding service to the alumni association and to the School of Medicine.

Gordon, an oncologist and a native of Denver, was an immunology research fellow in the laboratories of the Nobel laureate, Sir Peter Medawar, at Northwick Park Hospital in Harrow, UK. He later developed a laboratory immunology program for the U.S. Centers for

Disease Control where he became director of the Immunology Division and was involved in the early years of the HIV epidemic. He also was of medicine in the Division of Hematology/Oncology at Emory University School of Medicine and attending physician on /lymphoma/stem cell trans-plant service. For Gordon, oncology provides “a wonderful combination of science and humanistic things—being trusted with patients’ confidence to get through a difficult situation.”

Since 2002 Gordon and his wife, Penelope, have lived in northern Michigan, where he is developing a community cancer center with his clinical colleagues.

When he’s not leading immunology research, founding biotech companies or helping de-velop cancer centers, Gordon is active in the Medical Alumni Association. He served two terms on the board of directors and helped establish a scholarship program with Class of 1967 colleagues. 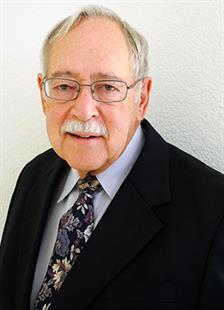 Mallin was recognized for his outstanding service to the community, the practice of , the provision of health care, the alumni association and the School of Medicine.

While much of Mallin’s career has been in his native Arizona, his and sense of duty taken him all over the globe. While serving in the U.S. Navy, he was a flight surgeon. He served in Vietnam for a year during the Tet Offensive, and during Desert Shield/Desert Storm he was stationed at the National Naval Medical Center in Bethesda.

Mallin says he has gained much satisfaction in humanitarian service to the underserved—a passion that has taken him to Israel and to rural areas of South America. Closer to home, Mallin has regularly served at the St. Vincent de Paul clinic in Phoenix.

Mallin’s daughter Emily, who is also a physician, says: “Over the years I’ve had the opportunity to meet many of my father’s patients. I am always struck but never surprised that invariably they remember him as one of the most compassionate and caring physicians they have ever known.”

Mallin retired from private practice in orthopedic surgery a few years and still teaches as a volunteer associate clinical professor at the University of Arizona.

To support and enhance our mission, this year and each year going , the Medical Alumni Association will award scholarships to at least one fourth-year medical student who is in good academic standing, a commitment to the alumni association and has contributed time and energy to the community.

In its inaugural year, we were pleased to present scholarships to two successful and well-rounded members of the Class of 2014, both who have since graduated: Benjamin Medrano, MD, and Brandon Sawyer, MD.

To make a gift to the Medical Alumni Association Scholarship Fund, please contact the Office of Alumni Relations at 303-724-2518.