A Haven for Moms and Kids in Trouble

(October 2011) When she first became director of The Haven, Julie Krow knew there was little she could do to help some of the pregnant women she talked with at local jails and prisons. 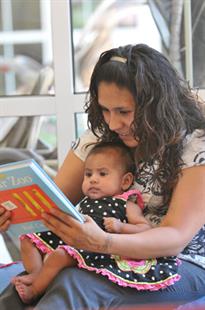 “They’d walk up to me with their bellies out to here and say ‘I’m on your waiting list. Social Services is going to take my baby if I can’t get in.’ I’m a mom myself, and it would break my heart because I knew there was no way they were getting into the program.”

At the time, there was room for just six women with babies at The Haven, which treats severely drug-addicted women as part of CU School of Medicine’s Addiction Research and Treatment Services (ARTS), a program under the Department of Psychiatry.

With the opening of the Baby Haven Therapeutic Early Childhood Education Center this spring (paid for entirely through donations and grants), the program now has beds for 30 women and their babies and is the only childcare center in Colorado specifically for drug-exposed infants and young children.

When Krow first took over in 2004 “childcare was sort of an afterthought.” But she saw that children could be a motivator for addicted women. Normaelia, who at 25 had been doing meth for seven years, says the hope of raising her children together is a driving force.

“I’m tired of not having my kids with me,” she says. Her first daughter was taken from her when she was 2 months old. Her second daughter, Amaree, is with her at The Haven. “I’ve made so many mistakes, but I want my kids to have a mommy.”

Of women who enter The Haven, a remarkable 90.1 percent remain drug-, alcohol- and crime-free two years after they leave.

The program operates at Fort Logan in southwest Denver, a pretty spot with big trees, a large park and brick officers’ quarters built in 1888. As grand as the exteriors are, the interior where the former nursery was located was dingy despite attempts to dress it up with stenciling and animal paintings. 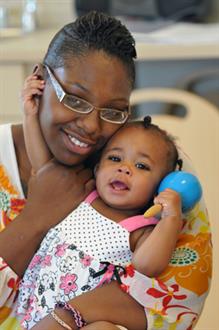 Although capacity had slowly expanded over the years, “when a new baby came in, the oldest child had to leave because we could not fit more in our daycare,” says Krow, MA, LPC, who until recently was deputy executive director of ARTS.

Daycare providers sometimes called Social Services when they found out the mother was in treatment for substance abuse. “One baby ended up in foster care for a weekend before we could get things straightened out,” Krow says.

It was hard on the babies, who are “100 percent drug and alcohol exposed,” Krow says. Many suffer from attachment disorders and developmental delays and need a consistent environment.

Haven programs house about 90 women in various stages of recovery.

“Many times this is the last stop before jail or prison,” Krow says. “They’ve had multiple long-term drug addictions that started when they were as young as 12 or 13.”

The women get vocational education including culinary arts training. They can acquire a GED and learn such basic skills as resume writing, interview skills and even table manners.

“I have learned a lot about myself,” says Shay, 24, watching over 11-month-old daughter Sahyah. “I’ve learned to be a better mother, how to cope with stress without drinking or getting high or committing crimes.”

The first order of business is meeting basic health needs, setting a daily schedule and establishing expectations of honesty, punctuality and integrity. 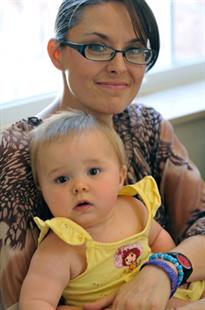 "The average drug of choice is methamphetamine, so they have infections, sores, bad teeth, no prenatal care, mental health issues, PTSD,” says Krow, who now works for the Colorado Department of Human Services. “They often have bipolar disorder and suffer from depression. They are used to staying up all night partying and sleeping all day.”

Candy, 32, a veteran of three prison stints and eight rehab programs, is surprised by how she has adapted.

“I’m so happy,” she says on her 368th day at The Haven, with 10-month-old daughter, Lily, playing nearby. “The women here make it possible. When you walk in you feel the love and the bonds between the women.”