Statin Study Seen as First of Many 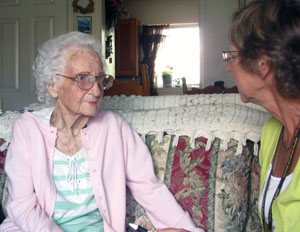 (November 2012) Pills, pills, pills. Enid Straub was of taking pills for her ailing heart and other issues.

So she was glad to ditch one of them, the statin she was taking to reduce her cholesterol. Especially if this step was in the name of science.

y, the study seeks to determine if patients with a life-limiting illness can do without statins. Did dropping the drug help or hurt patients’ survival?

That alone will be good to know. But there’s more going on.

“It’s not just a study; it’s a foundational effort,” says Jean Kutner, MD, the University of Colorado School of Medicine professor who helped organize the effort. “It’s a study that needed to be done, but this is an investment. By no means is the study itself the be-all and end-all.”

The end-all is expanded, cooperative research in the field of palliative care, which was recognized as a subspecialty only in 2006. The study will look at statin use and also, its hope, will demonstrate that national cooperation in palliative care can work, as it does in other fields. 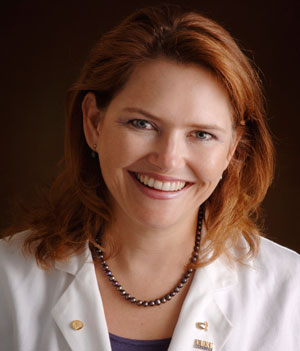 “We look toward the cancer cooperative groups as a model, but also the primary care-based research networks, intensive care research groups and others,” says Amy Abernethy, MD, an associate professor with tenure in the Division of Medical Oncology at Duke University School of Medicine and director of the Center for Learning Health Care at Duke.

The genesis goes back a few years. Prior to 2010, palliative care research was more disjointed and limited.
A paper Kutner, Abernethy and others wrote that year in The Journal of Palliative Medicine recounted reasons for that, including logistical issues such as the fragmented health care system, and also the nature of palliative care itself.

Patients in palliative care are considered vulnerable, fragile, with limited time left to live. There was sensitivity about enlisting such patients in research projects.

Kutner and others reasoned that those patients deserved the same research support as any other group. So in January some 20 researchers from around the country gathered in Denver for a day and a half to ask a key question about palliative care research, summed up by Kutner this way:

“Is there a ? Is the field actually ready and are there enough interested investigators?”

The answer was yes. The result was the Palliative Care Research Cooperative Group (PCRC)

“The cooperative is a huge milestone,” Kutner says. “It’s an idea people have talked about for at least a decade. The field has finally matured enough to support it.”

The cooperative began with a definition: “Palliative care focuses on relief of suffering and on achieving the best possible quality of life for individuals confronting advanced illness; goals include alleviating physical symptoms, ameliorating psychological distress and promoting spiritual well-being for patients and their caregivers.”

They declared that they would work together. But on what?

“One of the operating principles was to address questions that were immediately clinically relevant,” Kutner says. Questions such as whether being on or them, how long a palliative care patient would survive.

Statins reduce cholesterol by inhibiting the enzyme called HMG-CoA reductase, which controls cholesterol production in the liver. The drugs are widely used and usually have minimal side effects (although rarely they cause muscle, kidney and liver problems, or don’t play well with other drugs). 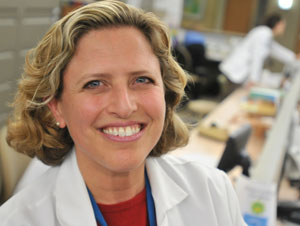 e statin question, and the cooperative interested the NIH/National Institute for Nursing Research, which provided a $7.1 million grant to CU and Duke to develop the group and lead a study that now involves nine other sites. The grant runs through September 2013 and the research sites are enrolling patients such as Straub.

“There are high stakes to make it work, as many are watching,” Abernethy says, “including the naysayers who said it isn’t doable and the champions who want it done yesterday.”

It’s the first such national palliative care study and could lead the way to more, Kutner says, “so I have a real sense of responsibility to not screw this up!”

Getting patients can be tricky sometimes. To be in the study, the patients have to be on statins and have less than a year to live.

“Some equate the introduction of the study as a discussion about withdrawing therapy,” Abernethy says. “Maybe you have been told, ‘You are going to be on this medicine for the rest of your life’ and then we are asking ‘can the medicine be stopped?’”

Others, Abernethy adds, “look at this as an opportunity to leave a legacy, to contribute to the knowledge about better care of people in the future.”

“In palliative care, you have someone who may be in pain. They have a life-limiting illness, something severe,” says Rachael E. Bennett, MA, program director for the cooperative. “They often are in a vulnerable emotional state. Yet we find that the patients often are willing to participate in the study. They do it out of the goodness of their hearts.”

Enid Straub was one of the willing. She was eager to take fewer pills and, more broadly, to repay a debt she feels she owes to health care

s Straub tells it, she was 14, in her home economics class in rural Indiana, when she got so weak she fell off a stool. She was hospitalized with pneumonia for about three months. Because her family was poor, the hospital didn’t make them pay.

“I’m grateful,” Straub says. Without the doctor, whose beard and big smile she still recalls, “I wouldn’t be here.”

Each week, Straub gets a call from Marlene McKenzie, clinical research coordinator for the statin trial.
McKenzie asks Straub how she is feeling. Straub never gripes about her heart, which has leaky valves and may not hold out much longer.

“These are things that happen,” Straub explains. “My heart is like an old car transmission. It’s about done. There’s no sense in moaning and groaning about it.