Who Gets Altitude Sickness and Why?

(October 2011) Two new Department of Defense grants the work of the Altitude Research Center at the CU medical school. One of the grants, for $2.5 million, focuses on how to predict through gene expression how someone will react to high altitude. The other, $1.5 million, will examine how people acclimatize to high altitude. The director of the Altitude Research Center, Robert Roach, , talks about these projects and what they might mean to the military, other diseases and a state where a quarter of the visitors to the mountains get altitude sickness. 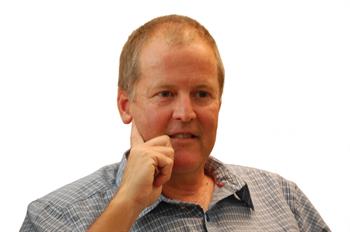 Question: Let’s start with the military grants. Tell me about the one to determine who is likely to get acute mountain sickness.

Roach: We’ve already done research on 28 people in Denver that allowed us, with a blood test, to predict with nearly 100 percent accuracy who would get acute mountain sickness and who would perform well at high altitude. We used the altitude chamber here. Fourteen got sick. Now extensive testing and validation necessary. We’re going to bring 140 people from Dallas and take them up to Breckenridge to test for susceptibility to acute mountain sickness and to see how well they can exercise.

Q: In the previous experiment, what differentiated those who got sick from those who didn’t?

A: We’re talking about six genes. Three don’t have a name, just a number. When we find all six, that’s predictive. It’s more like a fingerprint than a mechanism. We don’t know that the gene expression causes the problem. But those six genes predict who gets sick and who doesn’t, even if we don’t know exactly how it works.

Q: This is about gene expression, not genome?

A: Yes. In the genomic the people may be indistinguishable but they have different patterns of gene expression, the day-to-day way their genes work.

A: Everybody knows that Afghanistan is high. But so, for example, is the Iranian border. Generally, the potential for future conflict at altitude is fairly high. Yet right now we have zero ability to predict who will get mountain sickness and who won’t. Now, if you’re really skeptical you say, “You’re spending that much money to predict a headache?” But if soldiers get sick they can at least experience poor performance and at worst be incapacitated.

Q: How would the military put that information to use?

A: They could choose people who do not get sick to serve at high altitude or they could give medication to prevent altitude sickness to the soldiers who would get sick.

Q: Couldn’t they just treat everyone?

A: Yes but that would be inefficient and, remember, there are no risk-free drugs.

Q: What about the other military grant, to study how people acclimatize?

A: We’re going to take “lowland” natives to high altitude for three weeks measure what happens with their genes and what happens blood. We want to figure out the cellular mechanisms of how this happens. The first study is very practical. This one is a complete .

Q: Where will you do this?

A: The only way for me to be 100 percent sure you don’t get acute mountain sickness is if you are well acclimatized. If you spend two weeks at 12,000 feet I am confident that if you go back to altitude soon after you will not get sick. Now, imagine if we can discover the mechanism that allows people to acclimatize and can develop a pill that artificially makes you acclimatized. That’s the hook for broad interest in that study.

Q: So this is not just a matter of fitness?

A: No. But if you’ve been up a lot of peaks over the summer, you will be much less impacted by altitude at the end of summer than the beginning. That’s the body adjusting to . If you have a marathon runner and his office mate who is a slug, be careful who you bet on to do well. The marathon runner might overexert, while the slug might take it easy and do just fine.

Q: The altitude center started in 2002 under a different name. What are its big accomplishments?

A: We’ve had NIH funding that allowed us to discover the mechanism the brain uses to adjust to low oxygen. We identified chemicals that may protect against hypoxia, and that led to preliminary research that was the basis for these new grants. The defense department grants themselves represent a real breakthrough. They’ve raised our profile nationally and internationally. This is a dream of my career, to have the opportunity to discover the basic mechanisms of how humans adjust to hypoxia.

Q: Will this reach beyond the military?

A: If we can figure out how the body responds to hypoxia there are implications for cancer, heart, lung and blood disease. It could have enormous reach.

Q: And I suppose this work could matter in a state like Colorado where a lot of people come to go hiking and skiing?

A: Absolutely, although unfortunately some of the industries here don’t want to acknowledge that a large percentage of visitors will deal with acute mountain sickness. We’ve tried to get the ski industry to get proactive but we had the door slammed in our face.

Q: Finally, what about that altitude chamber in your building? Where’d it come from and how “high” can you go in there?

A: It was a donation from the Air Force, passed along from Metro State to CU. We can go above the height of Mount Everest but it isn’t safe for most people to go above 16,000 feet.

Q: And how high have you been in it?