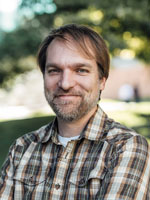 Research in the lab

Our work focuses on the formation and regulation of chromatin domains and their ultimate roles in epigenetic genome regulation. We are particularly interested in the mechanisms of heterochromatin establishment and function. Heterochromatin operates in organisms from yeast to humans to determine cell identity and maintain genome stability by silencing genes. Because heterochromatin functions in such central processes, misregulation of this genomic structure can have dire consequences such as cancer or abnormal development. Our work investigates the mechanisms by which silencing is carried out.  We focus on two pathways: long noncoding RNA- and sirtuin-mediated heterochromatin.  Our group approaches the study of these pathways by a combination of in vitro assembly of chromatin domains, mechanistic biochemistry, proteomic analysis, and genome-wide chromatin profiling to understand the complex superstructural “neighborhoods” of chromosomes.

It has recently been appreciated that the majority of the human genome has the capacity to be transcribed into RNA.  Some of these non-protein coding RNA products, made from what was once considered "junk DNA," can have specific functions in the cell, such as contributing to gene regulation.  We have focused on investigating the molecular mechanism behind long noncoding RNAs that regulate heterochromatin.  Recently, we have generated a new model for how a LncRNA called HOTAIR may choose its target genes via RNA-RNA matchmaking.  HOTAIR has roles in developmental patterning and overexpression in cancer leads to aberrant gene silencing that promotes aggressive cancer characteristics.  By studying how LncRNAs work at the molecular level, we have a shot at figuring out how to control them in disease to reset normal epigenetic states. 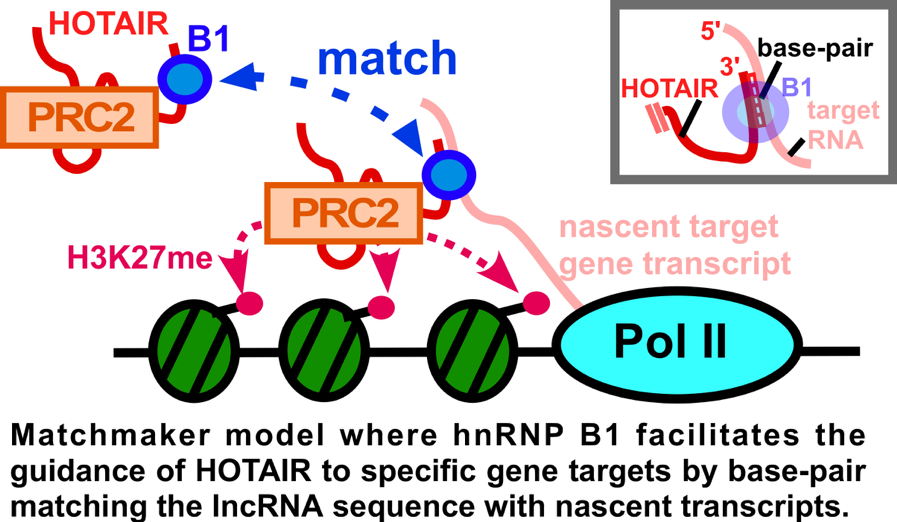 The genetics of budding yeast chromatin-mediated gene silencing have provided an extensive foundation for understanding chromatin biology in all eukaryotes.  This model system is distinguished by the minimal set of components necessary for gene silencing.  The next step for this model is to provide new insights through biochemistry.  We have demonstrated that a functional yeast heterochromatin domain can be assembled in the test tube, and uncovered how versatile heterochromatic gene silencing is, even in its most stripped-down form in budding yeast.