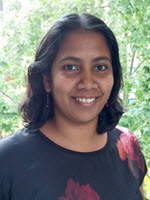 ​mRNA surveillance in health and disease

Robustness in biological systems relies on quality control. While errors in the DNA are repaired to maintain fidelity in the flow of genetic information, errors in mRNA are dealt with by degrading the erroneous molecules via surveillance processes such as nonsense-mediated mRNA decay (NMD). Though all mRNAs degraded by NMD follow a set of canonical rules, the converse – that every mRNA that follows the rule is subject to NMD – is not true. This variation in RNA quality control is a major confounding factor in interpreting the clinical impact of human genetic variants.

An NMD target may degrade and generate no protein, or escape degradation and result in the production of a full-length or truncated protein – each scenario associated with a potentially different outcome for the cell. The long-term goal of our research program is to understand the molecular logic governing the varying efficiency in RNA quality control and its impact on gene expression, and in turn, cellular phenotypes.  To this end, we will apply computational and experimental tools to understand how RNA surveillance shapes gene expression and contributes to disease processes.