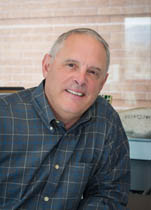 Development, growth and differentiation of cells of the immune system is regulated by myriad environmental queues which take the form of soluble or cell associated ligands that bind cell surface or intracellular receptors.  Proper function of  these pathways assures the generation of protective innate and adaptive immunity. Failure of these systems can lead to immunodeficiency and autoimmunity.  The overarching interest of my laboratory is in understanding how immune responses are orchestrated at the level of receptor signaling, and translating this knowledge to understand  and treat immune abnormality in humans.Our work is currently focused on four specific problems related to tolerance and autoimmunity:  1) the basis of antigen unresponsiveness of anergic B cells, and mechanisms underlying loss of  anergy leading to autoimmunities such as Lupus, Type 1 Diabetes and Rheumatoid Arthritis, 2) the role of autoantigen avidity and affinity in determining alternate molecular bases of anergy, 3) the mechanism of signal regulation by feedback mechanisms and inhibitory receptors such as FcγRIIB, 4) the function of STING/MPYS, a recently described innate signaling adaptor cloned in our laboratory.We are currently most excited about our studies involving isolation and functional analysis of autoantigen-specific B cells from healthy and autoimmune mice and humans. Our initial studies have focused on the status of insulin-specific B cells Type 1 Diabetes, and indicate that in both mice and humans anergy to this autoantigen is lost long before onset of disease, but regained in humans within one year of diagnosis. These studies suggest an important role for environmental factors such as infection and injury in predisposing individuals to autoimmunity. Future work in this area will expand studies to other autoimmunities, and define signaling mechanisms that maintain anergy, and fail during development of autoimmunity. Parallel studies seek to understand whether and how environment factors such as infection and injury defeat tolerance mechanisms.

Dr. Cambier has published more than 300 original research papers and reviews. His research is focused on intracellular signaling in cells of the immune system with particular interest in the role of inhibitory receptors and feedback regulatory circuitry in regulation of adaptive and innate immune function. Dr. Cambier is probably best known for his original characterization of structure and function in transmembrane signal transduction of CD79a/b components of the B cell antigen receptors, and initial description of the role of phosphotyrosine (SHP-1) and phosphoinosotide (SHIP-1) phosphatases in feedback and active inhibitory FcR-mediated signaling. More recent studies focus in molecular signaling pathways that maintain B cell anergy, and how they are defeated in development of autoimmunity. Finally, his laboratory was the first to clone and characterize the function of STING, a molecular involved in transduction of intracellular innate immune signals.