PROFESSOR OF MEDICINE AND IMMUNOLOGY

Dr. Holers research group performs both basic and translational research. A longstanding interest has been to decipher the roles of complement receptors and membrane regulatory proteins in the immune response, with a special emphasis on autoimmune diseases. Complement is a complex system of serum proteins which, upon activation, covalently bind targets (bacteria, viruses, immune complexes) and marks them as foreign. The interaction of complement with B cell receptors also results in substantial enhancement of humoral and cellular immunity. In addition to this role, excessive activation of complement is centrally involved in autoimmunity and the tissue damage that occurs in many inflammatory diseases involving organs such as the kidney. The Holers’ laboratory has developed human and mouse models in which to study these complement related biologic processes and to develop novel complement inhibitors. Candidate therapeutics derived from these studies have been advanced to clinical trials in humans.

With regard to translational research, Dr. Holers was a co-founder in 2001 of SERA (Studies of the Etiology of Rheumatoid Arthritis), which is focused on understanding the early pathogenesis and natural history of RA. In that regard, it is now known that autoimmune diseases such as RA begin years before clinical signs and symptoms are apparent, when at-risk individuals manifest highly predictive autoantibodies in their serum. By studying individuals in this period of time, SERA investigators have made novel findings suggesting that RA is initiated through a process linked to mucosal inflammation. This observation also suggests that additional therapeutic and/or prevention strategies could be considered for individuals in this at-risk but asymptomatic period. It is also relevant to determine how individuals transition from this autoantibody-positive, at-risk period to clinically active disease, and several studies are underway that are related to understanding these questions. Finally, the SERA investigator Dr. Kevin Deane has initiated the first RA prevention trial, designated StopRA, in asymptomatic individuals. The goal of this study is to prevent or delay the onset of arthritis in highly at-risk individuals. 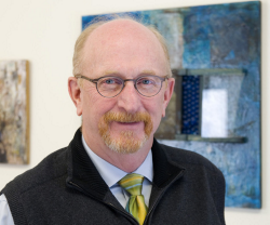 The basic and translational research focus of my research is on two areas.

The first is the roles of complement receptors, activation products and membrane regulatory proteins in the immune response, with a special emphasis on and the role of complement in inflammatory and autoimmune diseases.

With regard to this area, complement is a complex system of serum proteins which, upon activation, covalently bind targets (bacteria, viruses, immune complexes, cell membranes) and marks them as foreign. These covalently attached complement fragments bind high affinity receptors on lymphocytes and FDCs. The interaction of complement with B cell receptors results in substantial enhancement of humoral immunity. In addition to this role, excessive activation of complement is centrally involved in the tissue damage that occurs in many inflammatory diseases involving organs such as the kidney. My laboratory has developed human and mouse models in which to study these complement related biologic processes.

The second is the pathogenic role of autoantibodies and other biomarkers in the evolution of autoimmunity in RA from the pre-symptomatic autoantibody-positive period through the onset of clinically active disease.

With regard to the second area, we now know that autoimmune diseases such as rheumatoid arthritis (RA), systemic lupus erythematosus (SLE) and Type 1 diabetes begin years before clinical signs and symptoms are apparent. That is because these individuals manifest highly predictive autoantibodies in their serum. This observation suggests that we must extend our study of the genetic epidemiology of autoimmune diseases such as RA into this important period, and that additional therapeutic and/or prevention strategies should be considered for individuals in this at-risk but asymptomatic period. It is also relevant to determine how individuals transition from this autoantibody-positive, at-risk period to clinically active disease. My research group has established several ongoing studies in RA that are related to these questions.

Specific areas of emphasis include:

1.  Roles of complement receptor type 2 (CR2, CD21) in B lymphocyte development and activation. Using both human and mouse CR2 as a model, we are analyzing the ways by which CR2 regulates B lymphocyte responses to antigens bound by complement. The specific mechanisms by which CR2 and other complement receptors act to modify B lymphocyte responses are incompletely understood, though we have shown that CR2 deficient mice have a markedly impaired humoral immune response. We are now studying the signaling responses of these receptor deficient B lymphocytes. We have also recently created human CR2 transgenic mice as a way to study structure-function relationships and the effects of over-expression of receptors on B cell development and tolerance. Finally, we are determining the three dimensional structure of the CR2 ligand binding sites for its three ligands (C3d, Epstein-Barr virus and CD23) using NMR, x-ray crystallographic and other structural techniques.

2.  Analysis of the role of complement during the development of SLE, RA and other autoimmune and inflammatory diseases. A recent interest is on the role of specific complement activation pathways (classical, alternative and lectin) in the initiation of injury. In murine studies we are using complement receptor knockouts and complement inhibitors we developed to determine how the alteration of these systems affects self tolerance and tissue injury. A major finding has been to determine that the alternative pathway and its amplification loop, as well as engagement of the lectin pathway, are absolutely essential to generate pathologic complement activation fragments in antibody-dependent and –independent disease models and to develop new generations of inhibitors to take advantage of that observation.  Regarding patients, we are focused on learning how complement inhibition through innovative therapeutics can positively affect patients with various human diseases.

3.   In addition to the above areas of emphasis, a study of pre-disease autoimmunity in patients at risk for the development of RA has also been initiated in collaboration with Dr. Jill Norris of the Department of Epidemiology and other members of the Division of Rheumatology including Drs. Kevin Deane, Kristen Demoruelle and Kristi Kuhn. By using unique human populations at risk for developing RA, we are determining what RA-associated autoantibodies and other biomarkers are present that could predict the development of clinical disease. In addition, we have developed an animal model of the pathogenic role of a newly described autoantibody system directed to citrullinated antigens, commonly called anti-CCP antibodies. These studies have clearly shown that these autoantibodies are pathogenic and are opening up additional therapeutic targets and opportunities. Ongoing work is strongly suggesting that RA is initiated through a process of chronic mucosal inflammation at different sites, and understanding the mechanisms of initiation and propagation is a major emphasis of Dr. Holers the study group research efforts.