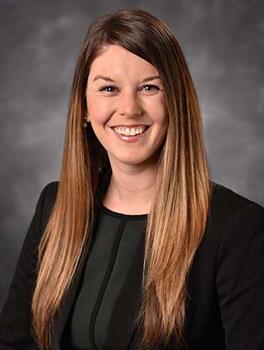 For two years, Meryl Colton knocked on doors at public housing complexes in Boston, talking to residents about their health.

A student at The Harvard School of Public Health, she had joined a Boston Public Housing Authority study in which researchers gathered information to compare the health of residents living in new “green” buildings to the health of people living in older buildings.

“We had to instantly establish a rapport and make people comfortable with letting us into their homes and becoming part of a research study,” Colton said. “It was the most fascinating time of my life ... The fabulous part was the one-on-one visits with participants. My strength was in talking to people.”

At the end of the study, researchers found that people living in the new, better-ventilated building had far fewer health complaints.

And Colton, who graduated Harvard with a master’s degree in public health, had reconsidered her commitment to the field.

“I went into public health because I thought it was the way to make people better,” she said. “You just keep them from getting sick in the first place.

“But the problem for me with the public health work I was headed towards is that you spend a lot of time sitting in a room alone, doing statistics and writing grants. I watched my boss burn out in the constant grant and funding cycle.”

During the research project, she met physicians who had combined their clinical practice with public health work.

“They had made these really beautiful careers,” said Colton, who grew up in Niwot, the daughter of a nurse and a physician. “I began to see what I could be able to do in medicine.”

Because her parents were in health care, a career in medicine was a likely choice for Colton. But she resisted entering the field.

“My mom died of ovarian cancer when I was in high school. Afterward, I thought I saw the limitations of medicine. I thought that there must have been something more we could have done. I had this feeling of injustice.”

At the University of Colorado School of Medicine, Colton joined the LEADS track and Community-Students Together Against Healthcare Racism, where she worked with community members and fellow students to fight discrimination in medical education and clinical care.

In her first year of medical school, she met Children’s Hospital Colorado pediatric oncologist Adam Green, MD, who introduced her to the Surveillance, Epidemiologic, and End Result database. Interested in studying cancer trends, she chose to explore survival rates among racial and ethnic groups.

In 2016, she and Green presented a study to the American Society for Clinical Oncology that showed black and Hispanic cancer patients between ages 15 and 29 were more likely to die of cancer than white patients of the same age.

Working in the study raised Colton’s hopes that she could create her own “beautiful career” by combining her interest in cancer care with her passion for health equity.

“I realized in medical school that I love the science of medicine, and there is no greater embodiment of that than oncology. You have to know the whole body because cancer can spread anywhere at any time.”

Colton, the executive president of the Medial Student Council and an inductee to the Gold Humanism Honor Society, feels a sense of inevitability about her choice of oncology as a specialty.

“I don’t think it’s random. As painful as it is, my mother’s illness is a motivating factor. When I’ve had a hard day and I’m feeling burned out and sad, being surrounded by people going through hard times like I did feels sort of human and raw and real to me. It feels life-affirming to pay people back.”

Colton, 29, and her fiancé, Brandon Sklar, matched at CU, where he will practice psychiatry. Colton, who will pursue internal medicine followed by a fellowship in oncology, is grateful for the lessons she learned studying public health.

“I have been given so much and was so privileged in so many ways. My opinion is that if you have been given a lot you should give back. I want to fight to keep people from getting sick. Sometimes the world can be so unfair.”