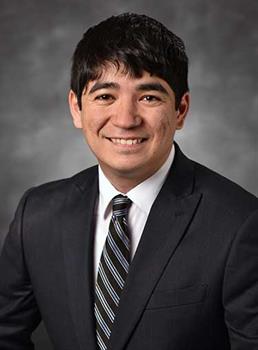 Human behavior has always been interesting to Brandon Sklar. As a student at Centennial High School in Aurora, he often listened to friends’ troubles. At University of Colorado Denver, he loved his undergraduate psychology courses.

At CU School of Medicine, he chose psychiatry as his specialty, intrigued by field’s creative approach to patient care.

“There aren’t a lot of different diagnoses in psychiatry compared to other specialties, but what drew me was the fact that if you have 100 patients diagnosed with depression, you may have to come up with 100 different treatment plans,” said Sklar, 27, who was in the first cohort of the BA/BS-MD program at CU Denver. “Other specialties are more algorithmic, and I felt that was a little boring. Every patient in psychiatry is totally different with a unique narrative, background and genetics.”

As he learned more about his specialty, he became concerned that complexity of health care systems in relation to mental health care would limit his ability to help his patients. One fact in particular baffled him: Why was it being reported that just half of  psychiatrists accept health insurance from patients? And why was the trend worsening?

Sklar decided to step away from medical school between his third and fourth years to earn a master’s degree in business administration.

At CU Denver his classes included health economics, health law and health information technology and “a lot of classes that I wish every medical student had to take,” he said.

“When I was interviewing (for residency positions) several psychiatrists told me they wish they had pursued that degree because they still feel totally lost and powerless in the system.”

In conjunction with the Colorado Psychiatry Society, Sklar, as part of his mentored scholarly activity, surveyed psychiatrists to better understand their reasons for accepting or not accepting insurance.

He learned that administrative hassles and costs were a factor in their decisions to reject insurance, but respondents also cited low financial reimbursement as the main cause. Studies show that psychiatrists are reimbursed 30 percent less than general practitioners for treating depression, anxiety and addiction.

“If they can fill up their entire practice with people who will reimburse them three or four times higher than insurance companies can, that’s quite an incentive not to take insurance.

During his year earning an MBA, Sklar became a consultant for OTTO, a startup telemedicine company. He helped build a case model to expand software to include mental health care.

“Telemedicine is a powerful way for psychiatrists to deliver mental health care,” Sklar said. “One of the obvious advantages psychiatry has over other specialties is that providers do not need to perform a physical exam to deliver adequate care in most cases.”

In his fourth year of medical school, Sklar developed an interest in child psychiatry after spending time at Children’s Hospital Colorado, the Kempe Center for the Prevention and Treatment of Child Abuse and Neglect, and Center for Dependency, Addiction and Rehabilitation.

He also expects his business education will lead to opportunities.

“There’s a lot of disconnect between those who are medically trained and those who are business trained. Both sides have valuable perspective and should be listened to.

“As far as my career, I don’t want to give up clinical practice. That’s what drives me. I see myself wearing multiple hats and working in multiple settings.”

Sklar and his fiancé, Meryl Colton, matched at CU, where she will specialize in internal medicine and cancer care.