The Merrick laboratory has a long-standing interest in the biology of premalignancy.  For the last 20 years, we have focused on premalignant diseases of the lung including precursors of lung squamous cell carcinoma, adenocarcinoma and neuroendocrine carcinoma. The goal of the lab is to develop tools to predict which premalignant lesions are associated with high risk for progression to invasive cancer and to further understand the cellular processes that promote this progression. By studying the latter, we are identifying a number of processes which can be targeted to provide precision therapeutic approaches to prevent the development of lung cancer. While a number of advances in care for invasive lung cancer have led to improvements in 5-year survival for this disease, the progress has been modest. However, as has been demonstrated in other tumor types such as colorectal and cervical cancer where preventive care has led to reductions of 20-60% in overall mortality, prevention based approaches have the potential to dramatically reduce the high toll associated with lung cancer. Indeed, my first work in premalignancy began 30 years ago in the laboratory of James McDougall at the Fred Hutchinson Cancer Research Center where we demonstrated that angiogenic activity and elaboration of the inflammatory cytokine interleukin-1 beta were features of high-grade cervical intra-epithelial neoplasia. During my training in Pathology here at the University of Colorado, I was drawn to studies of a similar squamous metaplastic premalignant change in the airways of the lung referred to as bronchial dysplasia.

Bronchial dysplasia is a precursor of squamous cell carcinoma (SCC) of the lung, and we have had a strong interest in this premalignant disease that continues in our present work. Our early studies in bronchial dysplasia initially established that angiogenic activity, mediated by increased expression of vascular endothelial growth factor (VEGF), along with increased activity of epidermal growth factor (EGFR) and associated increased proliferation were features of high grade lesions. However, we also found that many high-grade bronchial dysplasias did not progress to invasive SCC. As the co-director of the tissue bank that supports our strong University of Colorado lung cancer research team (initially supported by our Colorado SPORE in Lung Cancer project and more recently by the Thoracic Oncology Research Initiative program), we have established an extensive bank of longitudinally sampled bronchial dysplasias. In an analysis we performed on this unparalleled resource we demonstrated that patients with multiple sites of high-grade bronchial dysplasia that persisted for more than 6 months represented a key subset of patients with a nearly 8-fold increase in risk for progression to SCC. We further explored this by comparing gene expression differences in histologically indistinguishable persistent versus regressive bronchial dysplasia.  This work revealed key changes in cell cycle control, inflammatory infiltrates and cell-cell interactions that promote progression of these premalignant lesions to invasive SCC. Currently we are building on these findings via a number of ongoing projects to further apply these findings in developing prognostic tests and preventive approaches for clinical application in patients with bronchial dysplasia.

Current projects in the lab are extending our work to also include studies of prelimagnant precursors of lung adenocarcinoma and neuroendocrine carcinomas.  Active projects continuing our work in bronchial dysplasia include: 1) Development of a panel for use in clinical settings on formalin fixed biopsies of bronchial dysplasia that can predict persistent and progressive behavior; 2) Exploration of the role of key factors in mediating genomic instability related to cell cycle control abnormalities; and 3) Assessing the preventive efficacy of agents that reverse immune inhibitory features we have described above in clinical prevention trials of immune checkpoint inhibitors and other immuno-modulatory agents.  As the overall director of the Biospecimen Unit of our ongoing National Cancer Institute Cancer Moonshot supported multi-institutional Lung Pre-Cancer Atlas project, our laboratory is actively collecting and annotating premalignant precursors of both lung SCC and adenocarcinoma, and we have initiated adenocarcinoma related studies with several collaborators on campus.  With support recently obtained from the Neuroendocrine Tumor Research Foundation, we are also initiating studies to identify underlying causes for the development of premalignant neuroendocrine cell hyperplasias that progress to carcinoid tumors of the lung. Our lab has developed expertise in studying these small but important premalignant lesions of the lung and will be committed to develop tools to predict progression of these lesions and identify approaches for preventing their progression. 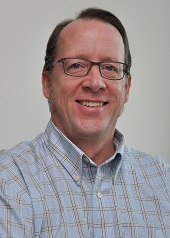