The Cittelly laboratory studies the mechanisms that allow breast cancer cells to metastasize to the brain, with long-term goal of identifying alternative treatment options for patients with this -often terminal- diagnosis. Brain metastases develop in a unique organ comprised by specialized groups of cells that control brain function in a tightly regulated manner. Intrinsic tumor genetics as well as specific signals within the brain niche contribute to the outgrowth of disseminated cancer cells. Our group uses in vitro and in vivo approaches to elucidate the role of glial cells (reactive astrocytes and microglia) and neurons to brain metastatic progression, defining how hormones alter the neuro inflammatory milieu through metastatic colonization, and how the brain niche contributes to failure of standard of care for brain metastasis (i.e Radiation, targeted therapies).

Young women with breast cancer have increased risk of developing brain metastases independent on the primary tumor subtype. We have shown that ovarian hormones, particularly estradiol, promotes brain metastatic colonization and progression by acting on estrogen-responsive cells within the brain niche. We have identified at least two of these mechanisms (upregulation of BDNF and EGF in astrocytes, which in turn activate TRKB and EGFR in cancer cells), leading to increased invasion and tumor-initiating ability. Current studies aim to: 1) Define whether FDA-approved drugs targeting TRK/EGFR can prevent or treat brain metastases; 2) Define the transcription factors and molecular mechanisms driving the adaptation of tumors cells to the brain niche in response to E2;

Elucidating the function of IL13RA2 in promoting proliferation of brain metastasis.

While it is well-known that metastatic colonization requires cells to change between highly invasive phenotypes (for extravasation) to proliferative phenotypes (for outgrowth); the mechanisms driving this switch in the brain remain unclear. We have shown that IL13RA2 promotes this phenotypic switch trough repression of Eph-EphrinB axonal guidance system (EFNB1), in a ligand-independent manner. Current studies in our group aim to: 1. Determine how IL13RA2 and Eph/ephrinB1 drives proliferation-invasion switch in cancer cells,  2. Define interaction of IL13RA2 with ligands in the TME contribute to brain metastatic progression

Defining mechanisms of radiation-induced toxicity during treatment of brain metastasis

The majority of patients with brain metastasis are treated with radiation (stereotactic radiosurgery-SRS) as part of their standard of care. However, radiation induced toxicity (necrosis and edema) has emerged as critical side effect, particularly for patients receiving certain combinations of targeted therapies for their tumors. We have identified dysregulation of water-channels APQ4 in astrocytes, as one mediator of cytotoxic edema in the brain following SRS. Current projects further define how radiation alone or in combination with standard of care for breast cancer influence the development of radiation-necrosis and edema.

In collaboration with breast oncologists and neurosurgeons at University of Colorado AMC, we have developed xenograft models derived from breast cancer brain metastases from all breast cancer subtypes. We have engineered a protocol for manipulation of gene expression in these PDXs, including expression of optical labels for in vivo tracking, which allow us to model spontaneous and experimental metastasis of these PDXs in vivo. We are combining these with our spontaneous and experimental metastasis models in transgenic mice, to mechanistically evaluate the interactions between cancer cells and specific cells within the brain microenvironment during metastatic progression.

The Cittelly Lab is looking for creative thinkers, innovators, and problem solvers. People who can see the “big picture” while being meticulous about details. People who makes good use of their time and lab resources and is committed to the success of the lab as it is their own. People who are respectful, professional and enjoy working in the lab and with others. Brain metastasis remain a critical need in basic and translational research and we are looking to build the next generation of brain metastases scientists! Please contact Diana.Cittelly@cuanschutz.edu for more info. 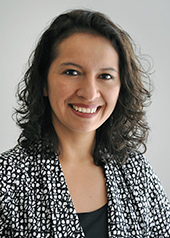 -Defining mechanisms of radiation-induced toxicity during treatment of brain metastasis.