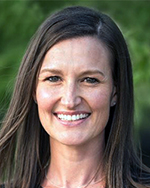 Dr. Venci completed her undergraduate education at Washington University in St. Louis where she also had the opportunity to study abroad in Santiago, Chile and become fluent in Spanish. She later returned home to Chicago to attend medical school and pursue a Med-Peds residency training. In 2010, Dr. Venci completed her Chief year as a resident at Loyola University Chicago Stritch School of Medicine and moved to Denver to become a Primary Care Clinician at Denver Health. She has been an integral player in the Med-Peds program at the University of Colorado since it’s inception in 2013 and has served as the Clinic Director, Associate Program Director and now Program Director.

Dr. Venci created our first Combined Med-Peds Continuity Clinic which the residents often cite as one of the major strengths of the program. She completed a Teaching Scholars Program at the University of Colorado in order to focus on curriculum development. Her interests include medical education, quality improvement, and underserved medicine.

Along with her administrative roles, Dr. Venci is a Primary Care Clinician at Denver Heath where she provides care for an indigent and underserved pediatric and adult population. She continues to be a preceptor in the Med-Peds continuity clinic and is actively involved in creating new and innovative curricula for the residency program. She helped design the Med-Peds ambulatory rotation and this year is launching Colorado Race, Education, Advocacy and Community Health (REACH).

Dr. Venci is 100% invested in the Med-Peds training program and is committed to making sure each resident attains his or her career goals in order to become leaders in the field of Medicine. 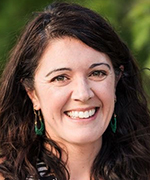 Anne is board certified in Internal Medicine and Pediatrics and practices Primary Care at Denver Health. She is active in medical education at the undergraduate and graduate level, including working as an assistant director of the Denver Health Longitudinal Integrated Clerkship, and directing ambulatory education for Med/Peds residents. She received a certificate from Teaching Scholars Program at the University of Colorado, and has used this training in curricular design for the residency program, including Academic Half Day Curriculum, CO-REACH (Race, Education, Advocacy, in Public and Community Health).

Anne has additional interests in advocacy and care of vulnerable populations, specifically children in Foster and Kinship care. She works in the Connections for Kids Foster Care Clinic and acts as a Peds Trans/GNB Health Champion. She is also is an active member of the CO-AAP, including the legislative policy committee.

In her free time, Anne enjoys spending time with her husband, 3 children, and dog camping at new sites around Colorado. She is also an avid runner (road and trail) and loves to cross-country ski. 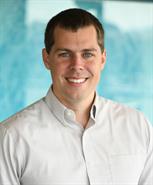 Dr. Manning grew up in the small town of Columbia, North Carolina and earned his undergraduate and medical degrees at the University of North Carolina at Chapel Hill. He decided to exchange the Appalachian Mountains for the Rockies in 2014, and joined the very first Med-Peds residency class at the University of Colorado. Aaron became hooked on the Colorado lifestyle during residency, and decided to stay in Denver after graduating. He now works as a Med-Peds Hospitalist, splitting his time between Children’s Hospital Colorado and UCHealth University of Colorado Hospital.

Aaron has been a part of the CU Med-Peds Core Faculty since graduating from the program, and joined the leadership team in 2020 as an APD. His academic interests include Point-of-Care Ultrasound, curriculum design, and coaching/mentorship.

In his free time, Aaron enjoys spending time with his wife, Hadley, and three children, Madeline, Jack, and Savannah. Like most Coloradans, he enjoys hiking and camping in the summer and skiing as well as snowboarding in the winter. He’s also an avid basketball fan (with a few Denver recreational league championships he can brag about) and a Tar Heel sports diehard.

Akemi joined the Division of General Internal Medicine and worked for the Primary Care Internal Medicine Program as a coordinator. After 10 years, she had an opportunity to move to the Internal Medicine–Pediatric Residency Program. She enjoys working with the med-peds residents and continuing to be a part of the residency education within the Med/Peds family!

Spotlight on Dr. Venci in AAIM