Our mission is to improve the health of children through the provision of high-quality, coordinated programs of patient care, education, research, and advocacy.

We provide clinical services at Children's Hospital Colorado Emergency Department on the Anschutz Medical Campus, and at 4 other locations in metro Denver and Colorado Springs.

Our Pediatric Emergency Department is the largest in the nation.

The Pediatric Emergency Department on the Anschutz Medical Campus is the region’s only Level I Regional Pediatric Trauma Center and delivers emergent care to a 7-state area. 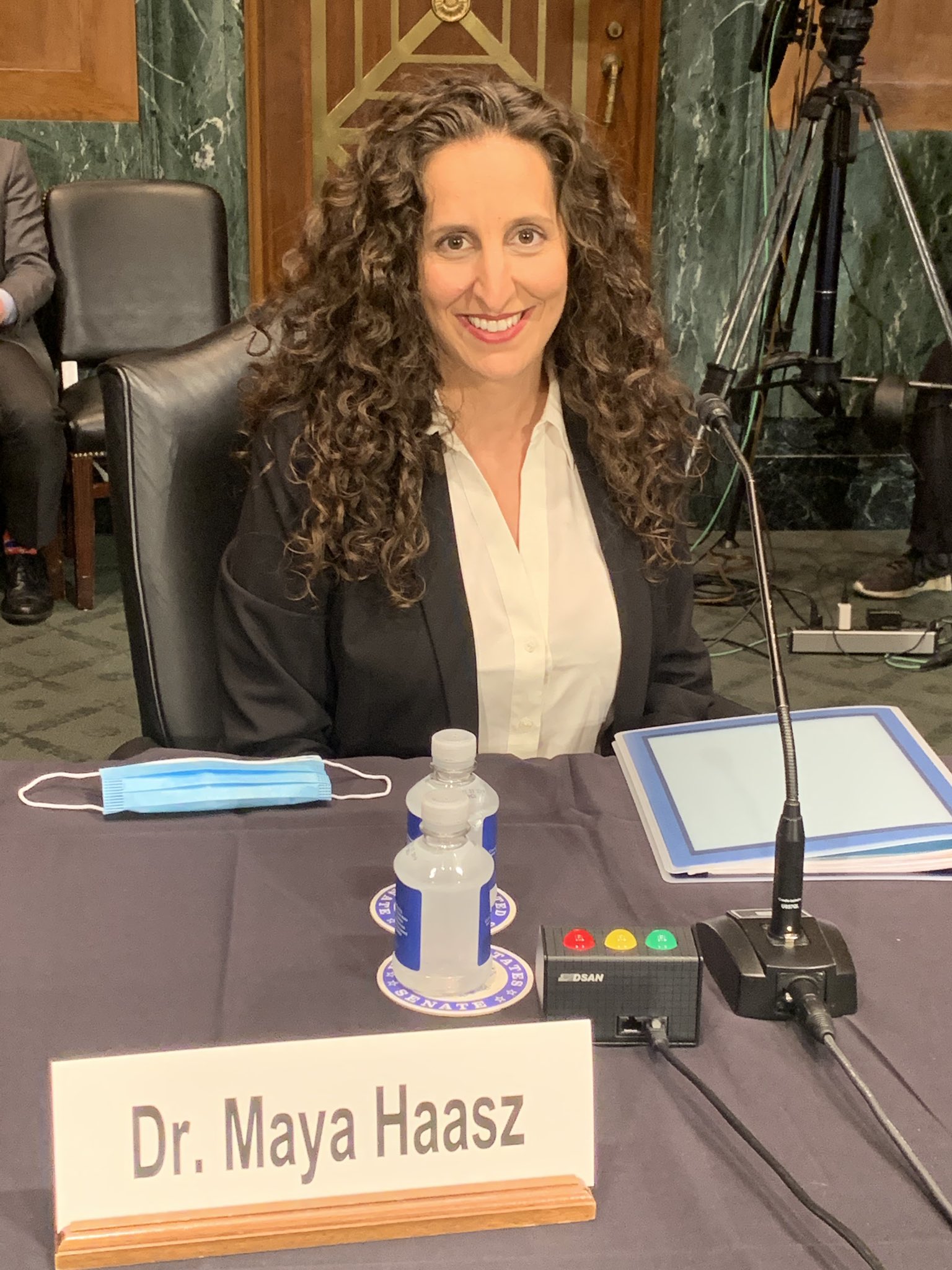 Maya Haasz, MD, a pediatric emergency physician in the University of Colorado Anschutz School of Medicine Section of Pediatric Emergency Medicine, presented testimony on behalf of Children's Hospital Colorado and the Colorado Chapter of the American Academy of Pediatrics at the U.S. Senate Committee on the Judiciary, Subcommittee on The Constitution hearing entitled “Stop Gun Violence: Safe Storage”.

At this hearing, chaired by Senator Blumenthal, Dr. Haasz testified about the evidence supporting safe firearm storage in reducing youth firearm injury morbidity and mortality. She testified that firearms are the second leading cause of death in children, ahead of cancers and heart disease. Thirty-five percent of these firearm deaths are suicides and four percent are due to unintentional injuries. More than 17 children in the US are injured by a firearm every day  and more than 32 die every week, on average. In Colorado, a child is injured by a firearm every 1.3 days and one child dies every week, on average.

Public health approaches have successfully decreased morbidity and mortality for other public health crises. For example, rate of deaths from motor vehicle crashes among children and adolescents decreased by 38% between 2007 and 2016. In contrast, the rate of firearm-related mortality among children and adolescents has remained stable over the same period. The difference, in these two instances, being the lack of evidence-based interventions to reduce firearm injuries that are supported by state, local, and federal governments, particularly around safe storage.

While federal law does make it unlawful for any licensed firearms importer, manufacturer or dealer to sell or transfer any handgun unless the transferee is provided with a “secure gun storage or safety device,” it does not require gun owners to properly store their firearms when children are present. Twenty-nine states and the District of Columbia have some form of law to do so.  Numerous studies over the past 20 years have found that laws like these can reduce suicide and unintentional gun deaths and injuries among children and teens by up to 54%.

Dr. Haasz testified earlier this year before the Colorado State Legislature in support of such a law, which was enacted. During this hearing, Dr. Haasz encouraged the Subcommittee to consider and act upon similar legislation at the national level, including Chairman Blumenthal’s bill, Ethan’s Law. This bill would set a national standard for the storage of firearms in residences where children live and would encourage states to enact similar standards by offering federal funding to help law enforcement and the courts enforce and facilitate compliance with these standards.

Dr. Marion R. Sills is a Professor of Pediatrics and Emergency Medicine, a federally-funded health services researcher, and has expertise in using digital media to enhance academic impact and advocacy.