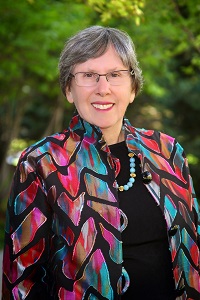 Dr. Schenkman retired as a tenured professor after 20 years of service to the University of Colorado Physical Therapy Program in 2020. Her academic preparation and experiences include a Bachelor of Science degree in Chemistry from Purdue University, a Doctor of Philosophy degree in Microbiology from Yale University, and a Master of Science degree in Physical Therapy from Boston University. In addition, she completed fellowship training in biomechanical engineering at the Massachusetts Institute of Technology in association with Massachusetts General Hospital in Boston, MA. Over the span of four decades, Dr. Schenkman’s career has been marked by distinguished contributions in the areas of research and scholarly activity, educational leadership and administration, and professional and institutional service.

She also led a pioneering curriculum reform effort within the program to include a year-long internship which allowed for DPT graduates to continue their early career training as salaried clinicians. Her stewardship of these academic programs resulted in the University of Colorado Physical Therapy Program attaining a Top 15 ranking among all U.S. programs according to the U.S. News and World Report in 2016.

Dr. Schenkman has been steadily recognized by the APTA with high level honors, including the association’s highest level of membership, Catherine Worthingham Fellow, in 2008. Additionally, she was recognized with the Marian Williams Award for Research in Physical Therapy, an honor that identifies investigators who have sustained outstanding clinical and educational research pertaining to the physical therapy profession, and delivered the Anne Shumway-Cook lectureship in 2019, designed to acknowledge and honor an individual who has made a significant contribution to neurologic physical therapy research and practice.

Dr. Schenkman was the first member of the Department of Physical Medicine and Rehabilitation to receive National Institutes of Health (NIH) R01 funding in 2003. She went on to establish the Rehabilitation Science PhD Program in conjunction with the Department of Physical Medicine and Rehabilitation and the University of Colorado Anschutz Medical Campus Graduate School. Dr. Schenkman’s commitment to establishing a research presence within the School of Medicine resulted in her totaling over $11 million in funded research during her career at the University of Colorado. She is a prolific scientist, with over 100 peer-reviewed publications, many of which pertain to people with Parkinson’s disease and other neurological conditions, as well as impactful work in the area of clinical reasoning within the field of physical therapy.

Beyond the confines of the university, Dr. Schenkman has served multiple external organizations and professional societies vital to neurorehabilitation research and practice. Furthermore, Dr. Schenkman has made her mark by mentoring several junior faculty and clinicians around the country, and maintains a commitment to the training of budding rehabilitation.

Dr. Schenkman was nominated for emeritus status by Dr. Venu Akuthota, Chair of PM&R, and Dr. Michael Harris-Love, CU PT Program Director. Dr. Akuthota noted that, "Dr. Schenkman has made sustained and meaningful contributions to the field of rehabilitation science and has a record of exemplary achievements as a faculty member within the School of Medicine." Dr. Harris-Love added, "We anticipate that she will continue to contribute to the University of Colorado Physical Therapy Program through continued work with the Scholarship and Endowment Board and our anticipated educational program development efforts."