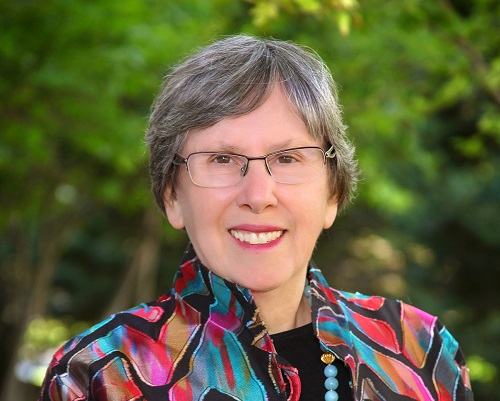 High-intensity exercise three times a week is safe for individuals with early-stage Parkinson’s disease and decreases worsening of motor symptoms, according to a new phase 2, multi-site trial led by University of Colorado Anschutz Medical Campus and Northwestern Medicine scientists.

This is the first time scientists have tested the effects of high-intensity exercise on patients with Parkinson’s disease, the second most common neurodegenerative disorder and the most common movement disorder affecting more than 1 million people in the United States.

“If you have Parkinson’s disease and you want to delay the progression of your symptoms, just a stroll isn’t sufficient. You should exercise three times a week with your heart rate between 80 to 85 percent maximum. It is that simple,” said lead author Margaret Schenkman, Associate Dean for Physical Therapy Education and PT Program Director at the CU School of Medicine at CU Anschutz.

Previously, it was thought high-intensity exercise was too physically stressful for individuals with Parkinson’s disease. “High-Intensity Treadmill Exercise in Parkinson Disease: A Randomized, Controlled Phase II Trial” was published today in JAMA Neurology.

Parkinson’s symptoms include progressive loss of muscle control, trembling, stiffness, slowness and impaired balance. As the disease progresses, it may become difficult to walk, talk and complete simple tasks. Most people who develop Parkinson’s are 60 and older.

Because medications for Parkinson’s have adverse side effects and reduced effectiveness over time, new treatments are needed.

Participants enrolled in the Study in Parkinson Disease of Exercise (SPARX) were at an early stage of the disease and not taking Parkinson’s medication, ensuring the results of the study were related to the exercise and not affected by medication.

“The earlier in the disease you intervene, the more likely it is you can prevent the progression of the disease,” said co-lead author Daniel Corcos, professor of physical therapy and human movement sciences at the Northwestern University Feinberg School of Medicine. “We delayed worsening of symptoms for six months; whether we can prevent progression any longer than six months will require further study.”

After six months, participants were rated by clinicians on a Parkinson’s disease scale ranging from 0 to 108. The higher the number, the more severe the symptoms.

Participants in the study had a score of about 20 before exercise. Those in the high intensity group stayed at 20. The group with moderate exercise got worse by 1.5 points. The group that did not exercise worsened by three points. Three points out of a score of 20 points is a 15 percent change in the primary signs of the disease and considered clinically important to patients. It makes a difference in their quality of life.

“We catch people early in the disease and are slowing them from getting worse, which is significant, particularly for a disorder that is chronic and progressive,” Schenkman said.

Schenkman and colleagues confirmed it was safe for the participants to do high-intensity exercise by giving them a cardiologist-supervised graded exercise test to evaluate the heart’s response to exercise.

“What sets this study apart from others is we enrolled a high number of participants who exercised on a treadmill for six months with a robust workout, Schenkman said.  “Many exercise studies are only 12 weeks in length and often the focus is on low intensity exercise or stretching.”

Previous studies in humans suggest high-intensity exercise improves motor symptoms, but the evidence wasn’t sufficient to determine whether exercise intensity modifies symptoms or disease progression. In addition, most studies have not precisely measured or controlled exercise intensity and none have been conducted at 80 to 85 percent maximum heart rate.

“Several lines of evidence point to a beneficial effect of exercise in Parkinson’s disease,” said Dr. Codrin Lungu, program director at the National Institute of Neurological Disorders and Stroke. “Nevertheless, it’s not clear which kind of exercise is most effective. The SPARX trial tries to rigorously address this issue. The results are interesting and warrant further exploration of the optimal exercise regimes for Parkinson‘s.”

The next step will be a Phase III clinical trial with more participants and additional sites.

The study was funded by grants from the National Institutes of Health and the Parkinson’s Disease Foundation.

Read more about the study in The New York Times and PM360.